A student pilot has been arrested after he allegedly hopped a security fence, boarded and tried to steal an American Airlines passenger jet from the Orlando Melbourne International Airport in Florida.

Nishal Sankat, 22, is said to have approached the airport by car and leapt over a security fence around 2am on Thursday morning. From there, he quickly crossed the apron and boarded an American Airlines Airbus A321, which was being serviced by a technician at the time.

Once aboard the jet, Sankat was caught by the technician and his supervisor, who held him at the scene. The student wriggled free and ran across the airfield but was caught again and detained until the police arrived. 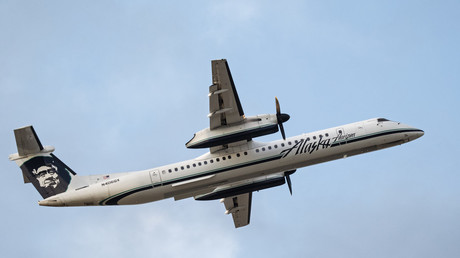 The airport was placed on lockdown, but opened again around 7am with minimal delays to flights.

Originally from Trinidad and Tobago, Sankat is studying aviation management at the Florida Institute of Technology in Melbourne. He had taken some flight lessons, but his motive for sneaking on board a jetliner remains a mystery. In addition to attempted theft and criminal trespassing, Sankat was charged with overstaying his visa in the United States.

Last month, an employee at the Seattle-Tacoma International Airport managed to steal and Alaska Airlines turboprop airplane. Richard Russell, 29, had no flight experience, save for the fact he “played video games before.”

For the next hour, Russell chatted with ground control staff as he performed aerobatic stunts over the Seattle area, before nosediving to his doom on an island in the Puget Sound. Russell was deemed a “suicidal male” and told air traffic control that he was “just a broken guy, got a few screws loose.”