The suing of the NHS by Richard Branson’s Virgin Care company for £2bn of public money is the consequence of the Tory government’s “consolidation of privatization” in the UK’s healthcare system, a prominent GP and author told RT.

Dr. Youssef El-Gingihy, a GP in Tower Hamlets, London and author of ‘How to dismantle the NHS in 10 easy steps’ told RT that the current NHS system, overseen by Health Secretary Jeremy Hunt, is being sold as “integration of care,” but is essentially part of a transition to a “US style healthcare model” with “consolidation of privatization.”

In the shift towards the government’s preferred models of Sustainability and Transformation Partnerships (STPs) and Accountable Care Organizations (ACOs) – in which the integration of a myriad of health and social care services is the key objective – private companies such as Virgin Care are able to outbid in-house NHS providers for long multi-billion pound contracts, to take more and more of the NHS pie. 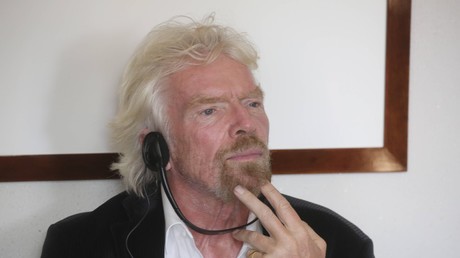 “ACOs/ICOs [Integrated Care Organization] are being sold as integration of care, but in reality they indicate a shift towards US style healthcare models with consolidation of privatization.

“They would enable 10-15 year multi-billion-pound contracts for health and social care for whole regions to be handed over to non-NHS, non-statutory bodies such as private healthcare and insurance companies.”

El-Gingihy claims that large private companies with AQP status (Any Qualified Provider) such as Capita, Interserve, and Virgin Care, who take part in blind bids for tender of healthcare services, will take a “strategy of a ‘loss leader’ to kill the competition.”

In the unlikely event that they lose out to the in-house provider, the private company is able to sue the NHS if they are of the opinion that the tender process was not conducted in a fair and proper manner – money that the NHS can ill afford to lose.

Sir Richard Branson’s Virgin Care group successfully sued the NHS, after losing out on an £82 million (US$108.8 million) contract to provide children’s healthcare services in Surrey – pocketing £2 million of public money in the process.

Figures obtained from the department of health prompted by Shadow Health Secretary Jonathan Ashworth’s written question: what proportion of the NHS budget has been spent (a) in the private sector and (b) on contracts awarded to the private sector since May 2010 show that the NHS spent £9bn on private providers like Virgin in 2016-17 – that’s 7.7% of the Department of Health’s revenue budget.

In his book ‘How to dismantle the NHS in 10 easy steps,’ Dr. Youssef El-Gingihy’s claims that over the past 25 years, the NHS has gradually been transformed into a market-based healthcare system. He is of the view that privatization was accelerated under the coalition government when the 2012 Health and Social Care Act was enacted.

He fears that the NHS as a system free at the point of use may not be around for future generations. The doctor says the NHS is being broken up into a “universal insurance system” based on the American model.

El-Gingihy told RT that the way forward to secure the future of the NHS is not through more privatization and the growing influence of companies like Branson’s Virgin Care, but through the enactment of the NHS Reinstatement Bill, co-authored by Professor Allyson Pollock, a doctor and director at the Institute of Health and Society at Newcastle University.

The bill essentially proposes to remove all private involvement in the NHS. If enacted, it would mean fully restoring the NHS as an accountable public service by reversing 25 years of marketisation in the NHS and abolishing the purchaser-provider split. In addition, it would end the contracting out of services and re-establish public bodies and public services accountable to local communities.