After her outfit was questioned by her female professor, a Cornell University student stripped live on Facebook during her thesis presentation and invited others to join in.

Letitia Chai told the audience that she was making the peculiar protest in an effort stand up against “oppressive beliefs.” She decided the demonstration was necessary after her professor, Rebekah Maggor, queried the shorts the student was wearing during a dry run of the thesis presentation a few days earlier. 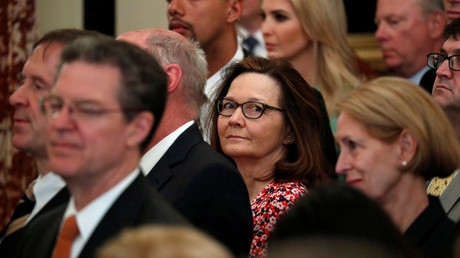 “The first thing that the professor said to me was ‘Is that really what you would wear?’” Chai wrote in a Facebook post about the incident. “The professor proceeded to tell me, in front of my whole class, that I was inviting the male gaze away from the content of my presentation and onto my body.”

According to Chai, the comment sparked a highly fraught discussion among the class, during which three of the students left the classroom. She then had a charged exchange with Maggor herself, after the professor asked her if she was going to tell the administration.

In her Facebook post, Chai said: “I shouldn’t have to explain to a 40-year-old woman why her comment was problematic – especially because she made it after demanding that I be less submissive. (Yes, I’m Asian. She’s f**king with the wrong woman).”

The post concluded with Chai inviting the public to her thesis presentation. She asked them to wear their favorite underwear “in solidarity with anyone who has been asked to change how they look to make other people feel more comfortable.”

True to her word, the student streamed her presentation live on Facebook. At the beginning of the video, an emotional-sounding Chai thanked people for their support in the previous days and said hello to her parents, who were watching live from South Korea.

She then encouraged the audience to strip. The Cornell Daily Sun reports that more than two dozen people took up Chai’s suggestion – a handful of them can be seen on the Facebook livestream.

“So look around and rejoice. We are so triumphant. But most importantly we are equals,” the student said.