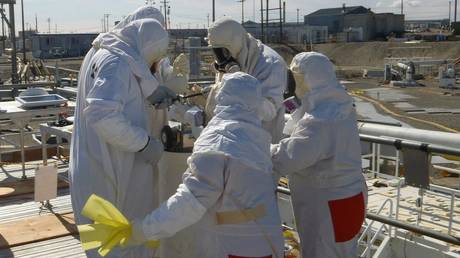 Contractors involved in a multibillion decontamination effort at the notorious Hanford nuclear site have been accused of defrauding US taxpayers, according to a lawsuit against Mission Support Alliance and Lockheed Martin.

MSA has a 10-year, $3.2 billion contract with the Department of Energy (DOE) to support the decontamination effort at the decommissioned nuclear production complex known as the Hanford Site. Allowed to pick subcontractors for the nation’s largest and most expensive environmental cleanup at its own discretion, MSA abused its authority and awarded “improper favorable treatment” for kickbacks, the Justice Department claimed this week.


The lawsuit alleges that Lockheed Martin Corporation (LMC) and Lockheed Martin Services Inc. (LMSI) paid more than $1 million to executives of MSA – which was conveniently co-owned by another Lockheed subsidiary at the time – in order to secure a $232 million subcontract to provide management and technology support at the Washington state nuclear site from 2010-2016.

The services were provided at “inflated rates” and in some cases the DOE was even billed twice, by both MSA and Lockheed, for the same work. In addition, the suit accuses Jorge Francisco Armijo, who served as both the Vice President of LMC and President of MSA, of abusing his authority for financial gain by his simultaneously held posts.


“Where Congress has allocated money for specific purposes, we will not tolerate unlawful conduct by contractors who seek to enhance their profits at the expense of taxpayers,” said Assistant Attorney General Jody Hunt of the Department of Justice’s Civil Division.

Lockheed immediately denied the allegations of being involved in the corruption scheme, rejecting any notion that the “corporation or its executives engaged in any wrongdoing.” MSA also brushed aside the accusations, claiming that the company “stands behind” their employees.

The 586-square-mile former nuclear research facility was used to produce plutonium for the nuclear bomb in the Manhattan Project. After over four decades of nuclear fuel production, the site was closed down in 1987, requiring an extensive clean-up of solid and liquid wastes left from the weapons production processes.