Homeless alerts have hit a record high over the past 24 hours as the ‘Beast from the East’ brings sub-zero temperatures to the UK. So exactly how much is the Tory government doing to help some of the most disadvantaged people?

In its manifesto, the Tory government pledged to halve homelessness by 2020 and “eliminate it altogether” by 2027. On Tuesday, the cabinet dedicated a whole session to discussing how to tackle homelessness in the UK. The debate surrounded a £28 million ($39 million) program to provide stable and affordable housing for the homeless. 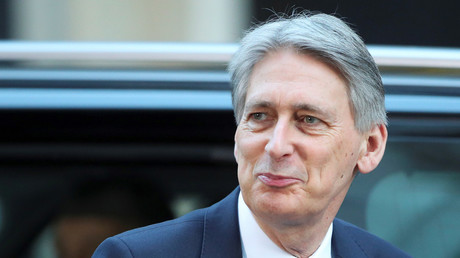 Chancellor Philip Hammond did spare a whole minute during his Budget speech in November to announce £25 million towards helping rough sleepers. That seems a meager amount, however, compared to the £10 billion he’ll spend on helping people who want to buy a home.

The chancellor’s apparent indifference to tackling homelessness was laid bare during the same cabinet meeting on Tuesday when he appeared to trivialize the experience of rough sleeping by comparing it to a summer night he spent on a beach.

Hammond’s intervention, which was branded “disgraceful” by some members of the public, came just as Streetlink, an app which connects rough sleepers in England and Wales to local services, received a record high 3,600 alerts over the past 24 hours. The spike coincided with the Siberian ‘Beast from the East’ storm plunging the country into sub-zero temperatures.

The extent to which Tory austerity is failing rough sleepers was clear well before these figures. Just two weeks ago, a rough sleeper was found dead meters away from Parliament. Labour branded the incident an indictment of the state of ‘Tory Britain’.

Opposition leader Jeremy Corbyn said in response: “I’ve just been told about the death of a rough sleeper right by the entrance to Parliament. The powerful can’t carry on walking by on the other side while people don’t have a home to call their own. It’s time all MPs took up this moral challenge and properly housed everyone.”

Moreover, the Tory-led Windsor Council recently made the headlines after leader Simon Dudley suggested police use their legal powers to remove homeless people from the streets in anticipation of the royal wedding between Prince Harry and Meghan Markle.

While another Tory council in Wales allegedly threatened homeless people with jail time if they embarrassed the city when Prince Harry and American TV actress Markle visited at the beginning of January. Cardiff charity Left Outside

Alone reported that the homeless had been told they would face 14 days in prison if they were “seen sitting on [the] floor in town.”

Another Conservative council came under fire for distributing posters accused of “demonizing” rough sleepers by cautioning the public against giving money to beggars as they might be faking their precarious conditions.

The Tories’ failure to protect the homeless is not a mere impression, but a reality. A report last September in fact reveals the number of homeless people soared by 134 percent since the Conservatives took power in 2010.

An autumn snapshot survey by the National Audit Office recorded 4,134 rough sleepers in 2016 – marking an increase of 134 percent since the Tory-led coalition took power in 2010. An increase of 48 percent in the number of families being assessed as eligible for temporary accommodations by councils was also recorded.