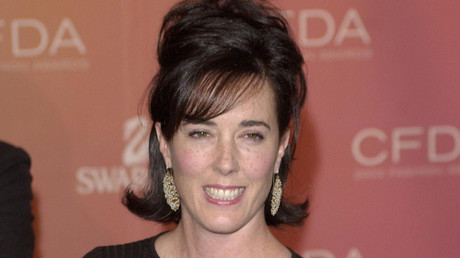 Spade, 55, apparently hanged herself. She was found by her housekeeper on Tuesday Morning, hanging from a red scarf tied to a doorknob, the New York Times reported citing the NYPD.

She left behind a note, but the police did not disclose its contents.

Born Katherine Brosnahan, she met Andy Spade – the brother of actor David Spade – while at Arizona State University. They launched Kate Spade Handbags in 1993 and married in 1994.

Initially famous for handbags, Spade’s brand quickly expanded into clothing, jewelry, shoes, eyewear and other products. She sold her shares in the company in 2006, to spend more time raising her daughter, Frances Valentine.

Her new business line, named after Valentine, was launched in 2016. Spade was inducted into the Entrepreneur Hall of Fame in 2017.