The attorney of a family, whose father was shot dead by police inside his own garage, cannot imagine how to tell the three children the young man left behind that their “pain and suffering… is only worth a penny,” he told RT.

Gregory Hill was killed by police in Florida in January 2014 when they were responding to a noise complaint. The 30-year-old black man opened and closed his garage door while in possession of a firearm, when an officer fired his handgun approximately four times and killed him. 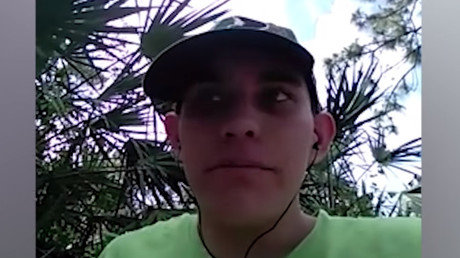 The jury in the case concluded that Hill was 99 percent liable for the incident, but the loss was ‘compensated’ with a total of 4 cents – reduced from the initial ‘generous’ amount of $4.

“We were in shock; as a lawyer, I’ve never seen or heard anything like this. We’re not supposed to be punished like that. His fiancé walked out of the court room when it happened,” Gregory Hill’s family attorney, John Phillips, said in an interview with RT.

“You have to tell three children – Destiny, Ariana and Gregory III – that their pain and suffering, their loss of a father, is only worth a penny.”

The family is still seeking justice. The defense team promised to fight the jury’s decision and is ready to take the matter to the Supreme Court.

The whole story is a case of “law enforcement gone wrong,” Phillips argues, adding that, under the Second Amendment, it is not illegal to possess a firearm and open a door while in possession of it.

It is also unclear whether Hill had a gun in his hand, according to the lawyer and witnesses of the incident. The weapon was found in his pocket not loaded, and “was never brandished at anyone,” Phillips said.

“If you’re doing nothing illegal, they should not be able to shoot you through your closed garage door. It’s preposterous.”