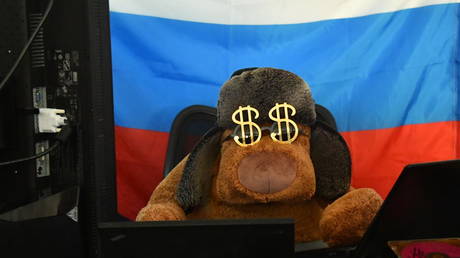 These days in the US one can pen a report about Russian meddling for the US Senate, stage fake Russian meddling in Alabama election and then have fellow fighters explain to curious journalists that it’s a typical Russian tactic.

The firm was also exposed by the New York Times as the bright minds behind an ‘experiment’ in the 2017 election in Alabama. New Knowledge used what they learned from the Ruskies to undermine the Republican candidate through fake online personas. They even faked Russian support of Roy Moore – an operation that was duly reported as Russia’s latest attack on American democracy by the Western media at the time. The exposure cost Jonathon Morgan, a co-founder of the firm, his Facebook account.


RT America’s Dan Cohen dug deeper into the people behind the controversial firm, and they appear to be your typical Russiagate-riding opportunists and published his finds at Grayzone Project, an independent left-wing publication. Morgan, for example, is one of the developers of the Hamilton 68 dashboard, the tool that purports to gaze into ongoing Russian social media operations by monitoring Twitter accounts, the list of which is too secret to be disclosed.

One wouldn’t normally consider an oracle spewing uncorroborated accusations as a valid source, but when it comes to Russia, it’s fine. So when Mother Jones wanted insight into how the Kremlin is propping up Moore, the newspaper turned to no other than Hamilton 68. The Russians use hashtag #alabamasenaterace to do so, the oracle responded.

Morgan previously worked for DARPA, the US military’s advanced research agency. His partner, Ryan Fox, is a 15-year veteran of the National Security Agency who also worked as a computer analyst for the Joint Special Operations Command (JSOC), Pentagon’s black ops unit.

Two guys so tight with the military presumably know a lot about ways to weaponize things, like anti-Russian sentiment in the US establishment. Scaring firms with potential bot attacks on their reputation into buying protection is apparently a viable business plan – the firm raised $11 million in venture capital this year.

The slight bump with the Alabama campaign is hardly a career killer for the valiant Russia meddling fighters. Morgan simply distanced himself from the NYT story and the newspaper that exposed the operation doesn’t seem to be interested in challenging him. Just a small case of friendly fire, nothing to worry about.