An explosive New York Times report two weeks ago revealed that Facebook had hired a PR firm to smear and discredit its critics as agents of Soros, a billionaire known worldwide for financing liberal causes. Zuckerberg and Sandberg denied any knowledge of Facebook’s work with the company, and Facebook’s outgoing Head of Communications, Elliot Schrage, last week took the fall for hiring the company.

Schrage said that the decision to research Soros had been made on his own initiative and that “Mark and Sheryl relied on me to manage this without controversy.” 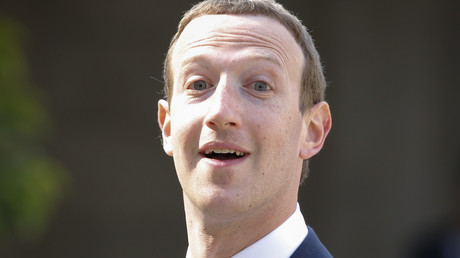 However, internal emails obtained by Buzzfeed reportedly reveal that Sandberg had, in fact, directed Facebook staff to look into Soros and his financial ties to anti-Facebook activists. Sandberg gave the order after Soros criticized Facebook and other Silicon Valley tech giants at the Davos economic forum in January.

In his speech, Soros called the tech firms a “menace” to society whose “days are numbered.”

A Facebook spokesperson confirmed to Buzzfeed that Sandberg had ordered research into the “motivations” behind Soros’ speech and had asked that staff look into his trading of Facebook stock. The spokesperson maintained that Sandberg had not directed the PR firm to investigate Soros’ ties with activist groups, but added that “she takes full responsibility for any activity that happened on her watch.”

That activity included having the PR firm label several activist groups, Freedom From Facebook and Color of Change, as pawns of Soros. Soros is a Hungarian-born Jew, and the portrayal of him as a wealthy Jewish ‘puppet master’ has been labeled anti-Semitic. Sandberg, who is also Jewish, denied charges of anti-Semitism.

“It was never anyone’s intention to play into an anti-Semitic narrative against Mr. Soros or anyone else,” she wrote last week. “The idea that our work has been interpreted as anti-Semitic is abhorrent to me — and deeply personal.” 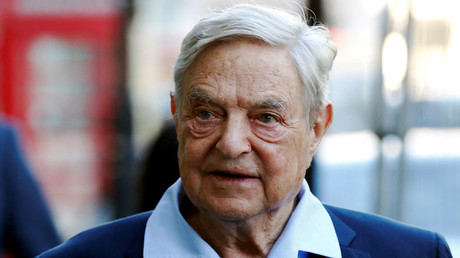 The PR firm, Washington-based Definers, wrote articles bashing Facebook’s competitors and slamming its Soros-funded critics, publishing them on its own right-wing news site, NTKNetwork. “We absolutely did not pay anyone to create fake news,” Sandberg told CBS News after the story broke, despite one former Definers employee telling NBC News that NTKNetwork was “our own in-house fake news shop.”

After the news broke, Patrick Gaspard, president of Soros’ organization Open Society Foundations, called for “independent, Congressional oversight” of Facebook, while Michael Vachon, an adviser to the chair at Soros Fund Management, called on Facebook to undertake an audit of all of its lobbying and PR relationships.

The Soros scandal looks set to bring to an end a miserable year for Facebook. Beset by privacy scandal after privacy scandal, the social media  monolith saw its stock price fall off a cliff this summer, and Zuckerberg found himself questioned by lawmakers and fending off shareholder moves to oust him as company chairman.

Soros likely smiled through Zuckerberg’s misfortune, however. After his “menace to society” speech, the canny billionaire (Soros) bought up Facebook stock, before selling it all off right before it tanked by 20 percent in September.