In the latest entry of my Escape from America series, I interview an American who’s living in Russia, a country that’s been relentlessly demonized by the Western media. To a minority of Americans, however, Russia is a nationalist beacon, or even a possible refuge, as it already is to many Afrikaners. 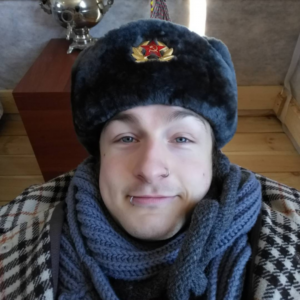 How long have you lived overseas?

For about 8 years. But I visited home two times in those 8 years for a month or so.

And since I travel by moving somewhere for work, I have only scratched the surface of Europe and never even been to South America or Africa. :/

But of course, there were many smaller trips around and breaks in between in places like Thailand, Taiwan, Malaysia. A brief stint in Finland, passing through Germany, Poland, Ukraine. I pride myself in getting to know the culture instead of just checking it off a list, but I’m getting a bit older so now I would love to have financial independence in order to explore other continents for shorter periods like my yuppie friends do.

What made you decide to leave the US?

I had hitchhiked all around the U.S. and always enjoyed travel. I think it’s in my blood. All the Europeans with gypsy-esque souls were selected out of the European population they say. I pride myself in my pioneer origins / predispositions, but also see the downsides of them as I get older. Perhaps that hyper individualism is what lead to America’s degeneration? I don’t know. But I always planned on traveling the world. My mom traveled a lot and took us on road trips all the time. So that could be it. Nature vs. nurture. Chicken or the…