In a recent interview, SpaceX founder and eccentric billionaire Elon Musk said that there is a high probability he will be one of the brave pioneers to colonize Mars – and die there.

The 47-year-old entrepreneur told Axios on HBO that there is a 70 percent chance he will personally use a SpaceX rocket to fly to Mars. And he’s not just planning a visit to the Red Planet, whose surface temperature averages at -80 degrees C (-112 F), he plans to move there. Musk gave the figure without missing a beat, confident despite the fact that his company has yet to launch a manned space flight, let alone a 250mn mile journey with as-of-yet undeveloped colonization equipment.

This is not some long-term plan contingent on certain breakthroughs, according to Musk, but a very real possibility that will happen within our lifetime for the ticket price of “a couple hundred thousand dollars.” 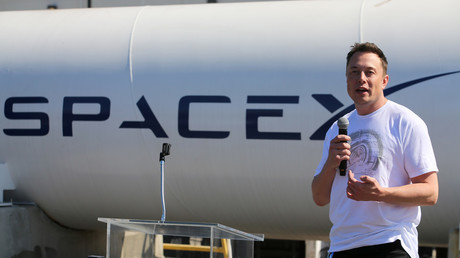 You won’t be getting an easy life for your money, though. When asked if fleeing to Mars would be an escape hatch for the rich, Musk said it will be anything but a vacation. Having to build a base, there will be “not much time for leisure, and even after doing all this, it’s a very harsh environment. So … there’s a good chance you die there.”

Still, Musk says that he is ready to take on the challenge in the spirit of explorers that climb Mount Everest, with the exception that those climbers don’t usually decide to live on the peak for the rest of their lives with no hope of return.

NASA, who is working with Musk on a project to transfer astronauts to the International Space Station, recently announced that they would be investigating “company culture” at SpaceX after a video surfaced of Musk smoking marijuana on a popular conspiracy theory podcast. The video could possibly compromise his ability to receive the government clearance he would need to work on the project.