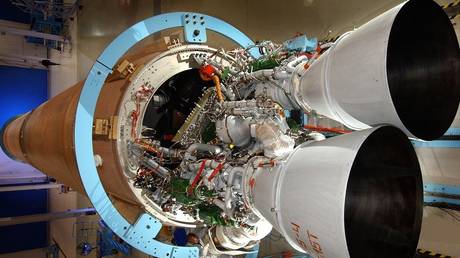 SpaceX founder Elon Musk praised the Russian-built RD-180 rocket engine for looking awesome but said his bitter rivals Lockheed and Boeing ought to be ashamed of using it during their launches.

The eccentric tech billionaire said a few nice words about the RD-180 on Twitter, while mocking his competitors at the same time. “It’s embarrassing that Boeing and Lockheed need to use a Russian engine on Atlas,” the rocket-maker wrote on Saturday “but that engine design is brilliant.”

It’s embarrassing that Boeing/Lockheed need to use a Russian engine on Atlas, but that engine design is brilliant

The RD-180 was developed by NPO Energomash in the 1990s, based on an older Soviet model, RD-170. Since the early-2000s, the Colorado-based United Launch Alliance (ULA), jointly run by Boeing and Lockheed Martin, has been using the engine to power the first stages of its Atlas carrier rockets, including Atlas V.


The design Musk likes so much is not its only great feature. The ULA website calls RD-180 “a powerful combination of innovation and performance.” A research paper published by the company in 2011 described it as an “efficient, reliable engine,” that was “unmatched” among its competitors and “specifically tailored” for the Atlas family.

Overall, the Russian-built engine has been used in over 75 launches across the US, including in 2011 when NASA sent the Curiosity rover to Mars.

The reliance on RD-180 tech also landed the ULA in hot water as politicians grew increasingly wary of its dependence on Moscow. In 2016, Congress mandated the companies to phase out the use of the engine by 2022.