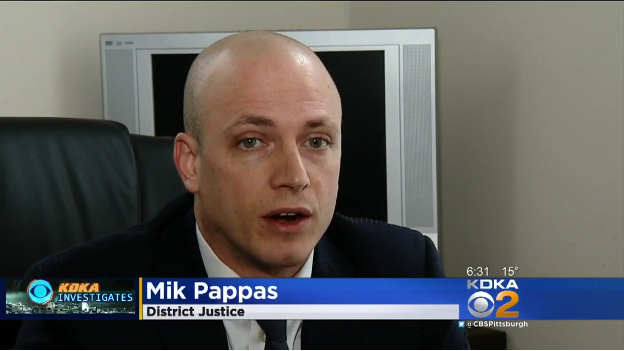 “KDKA Investigates” why Judge Mik Pappas is carrying out the policies he was elected on.

Endorsed by the Pittsburgh Democratic Socialists of America chapter, Pappas won his seat last year on, among other things, the promise not to rubber-stamp court-ordered evictions and to end cash bail—practices that disproportionately affect the poor and people of color. There’s a growing movement challenging these tools of state power as unneeded and discriminatory, but they’re unsurprisingly popular among real estate interests and the police, whose outrage and disdain for the newly elected progressive are channeled by local reporter Andy Sheehan.

Usually when someone is charged with a serious crime, they have to put up cash or something else valuable to make sure they will stay out of trouble and show up for court, but one local judge has a different idea.

At a stroke, viewers are misled that cash bail applies to “serious” crimes, (most jail bookings are for low-level, non-violent charges), the rights of unconvicted people are erased, and the goofy idea that cash bail is used to keep people “out of trouble” is simply asserted—you know those people have to be kept out of trouble. The fact that cash bail punishes people for the crime of being poor, and that this detention can cost people their jobs, their homes and custody of their children, is absent, all to plant in viewers’ minds the specter of a bunch of thugs running around looking to commit crimes, thanks to this bleeding heart judge.

Reporter Sheehan follows this with a hint at another specter—socialism:

Endorsed by the Democratic Socialists of America, Mik Pappas ran for district justice as a “progressive peacemaker,” aiming to make the court system fairer for minorities and the poor.

“As district justice, I will work to end mass incarceration, to disrupt the school to prison pipeline, and to prevent evictions,” he said in a campaign ad. After a stunning victory, Pappas has become a lightning rod—accused of legislating his political philosophy from the bench.

“Legislating from the bench,” is, of course, a charge that is wielded entirely for political effect. And aside from one defense lawyer, none of Pappas’ “accusers” will go on camera, or even on the record. Sheehan—when he’s not paraphrasing anonymous police sources  (“police privately grouse”)—prodigiously employs the time-honored “some say” weasel phrase. He asserts, “your critics would say,” “critics say,” “some people say”—without ever saying who is saying such things. This permits CBS Pittsburgh to editorialize against Pappas without allowing him to address specific criticisms, or encouraging viewers to consider the possible motivations of these mysterious critics. There is little doubt Pappas has detractors in law enforcement and among those whose business model depends on evicting people; but why should they speak for themselves, when they have KDKA as their pro bono advocate?

This is topped off with a classic carside ambush interview—an odd approach, given that Pappas seems more than willing to sit down and talk, and Sheehan gives no indication why he had to resort to the tactic. It does, however, make it appear that Pappas has something to hide, and help the hit piece live up to the dubious “KDKA Investigates” label accompanying it. 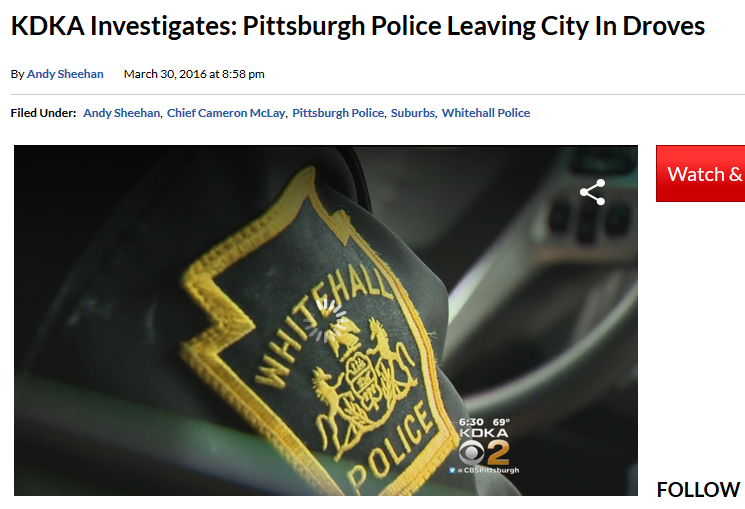 “KDKA Investigates” stories involving the police are almost always glowingly pro-police in tone: “Police Making Progress in Stopping Fights on South Side” (10/28/13), “Pittsburgh Police Leaving City in Droves,” (3/30/16), “Convicted Murderer’s Daughters Concerned Over State’s Paroling of Violent Criminals” (1/25/18). One story by Sheehan was headlined “Police Pursuits Called Into Question” (10/2/16), but it ended up praising police agencies’ car chase policies, concluding, “Most are now training their officers that when innocent lives are at stake, to err on the side of caution.”

Instead of using its resources to investigate corridors of power—including the police and real-estate interests Pappas has upset—or to explore alternatives to an unjust, exploitative system, CBS Pittsburgh turns its sights on an independent judge who has decided to use his position of power to relieve the poor rather than further stack the deck against them. Against a movement toward bail reform, part of a larger push against overincarceration, the ideological purpose of such attacks isn’t just to smear Pappas, but to send a signal to other reformers: Defending those outside of power will draw the scrutiny of corporate media’s “investigators.”