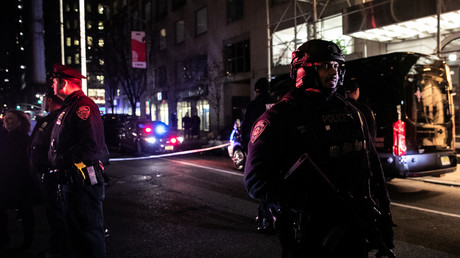 Scores of similar, emailed bomb threats have been reported to police in multiple US states, prompting panic and evacuations, as the culprits demanded payment in Bitcoin form, and threatened to cause “many victims” otherwise.

Threats were made, mostly via email, to seemingly random locations like schools, businesses, stores, attorneys’ offices and even to a Zoo, police said.

Several area businesses are receiving what appears to be a robo-email saying there is a bomb threat to their business unless they pay money in Bitcoins. We have found no credible evidence any of these emails are authentic. See CRPD Facebook for more details. #Scam

Police in Cedar Rapids, Iowa, said they had “found no credible evidence” that any of the email threats in the area were “authentic.”

The emails claim that an explosive device was hidden and “covered up carefully” in the building in question. If it were detonated, the author writes, there would be “many victims.”

The Bitcoin-spam-scammers have moved on from fake blackmail threats to fake bomb threats. So far no-one’s paid anything to the address, and I suspect it’ll stay that way. pic.twitter.com/N5MOdmu8Jm

The emails pledged that the bombs wouldn’t be detonated if a payment of $20,000 were made in Bitcoin. “If you are late with the money the device will detonate,” they read.


The NYPD’s counterterrorism department said on Twitter that it was monitoring multiple threats sent to various locations in the city, noting that similar threats had been seen nationwide and are “not considered credible.”

We are currently monitoring multiple bomb threats that have been sent electronically to various locations throughout the city.

These threats are also being reported to other locations nationwide & are NOT considered credible at this time. pic.twitter.com/GowGG4oZ9l

The Bureau of Alcohol, Tobacco and Firearms tweeted that it was “aware of recent bomb threats” and would remain in contact with local authorities.

We are aware of recent bomb threats made in cities around the country & remain in touch w/ our law enforcement partners to provide assistance. As always, we encourage the public to remain vigilant & to report suspicious activities that could represent a threat to public safety.