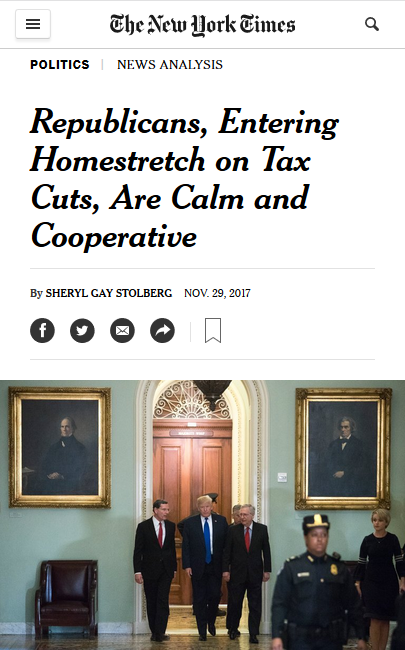 The New York Times‘ Sheryl Gay Stolberg (11/29/17) reports that in passing a tax bill, Republicans are “doing what Republicans do best.”

The New York Times (11/29/17) discussed the prospects for the Republican tax bill, comparing the difference in Republican attitudes towards the tax bill and the efforts to repeal the Affordable Care Act. In its effort to explain this difference, it told readers:

The problem with this assertion is that the Republican plans actually raise taxes for close to half of middle-income families, as the New York Times has reported. Given the structure of this tax cut and prior Republican tax cuts, it would seem more accurate to say that cutting taxes for rich people is what makes a Republican a Republican.