Janine Jackson interviewed Mariana Viturro about the Domestic Workers Bill of Rights for the December 14, 2018, episode of CounterSpin. This is a lightly edited transcript.

Janine Jackson: US news media make a lot of rhetorical reference to “family” and to “jobs.” Yet a story, a reality, that occurs at their intersection is somehow in a kind of blind spot. That would be domestic workers, the more than 2 million people—mostly women, mostly women of color—who care for Americans’ children, elders, family members with disabilities, and homes. Domestic workers are a keystone in US society and the economy: Their work makes other work possible. So what has allowed them to work without the rights or basic protections that other workers expect, and what is the plan to change that?

Mariana Viturro: Thank you so much for having me on.

JJ: I think that there’s a lot of missing information here about the situation that domestic workers are in. So maybe before we talk about this national Domestic Workers Bill of Rights, which is such an exciting development, let’s first talk about why it’s necessary. 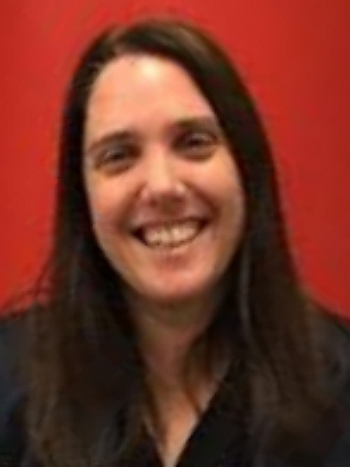 Mariana Viturro: “It was the legacy of slavery that led to them not being recognized as workers, and not given the same rights and protections as others.”

MV: Yeah, and just to say, we estimate there are over 2 million domestic workers around the country. And domestic workers are nannies who care for our children, house cleaners who care for our homes, and home care workers who care for our elders and people with disabilities. They are 90 percent women, disproportionately women of color. And they’ve historically been really invisible and excluded from most of the labor rights and protections that we’ve come to know. They work in private homes behind closed doors. And although they’re fundamental, as you said, to everyone else’s work, they’re largely undervalued, unrecognized and vulnerable to exploitation and abuse.

And in some ways, we’re still fighting against exclusions of this workforce from laws that were enacted during the New Deal in the 1930s. And it’s largely because it’s work that has been historically done by women, but also work that was, at the time, done by African-American women in the South. And it was the legacy of slavery that led to them not being recognized as workers, and not given the same rights and protections as others.

And so for the last 20 years, we’ve been working to make these jobs good jobs. And that’s where the impetus for this federal bill of rights is, really about fixing the continuing exclusion of domestic workers, and really trying to bring domestic workers into the 21st century, where they can have access to the safety net, to equal protections against sexual harassment, have access to benefits and paid time off.

JJ: Very basic things. And I would just underscore that when you say that domestic workers were excluded from certain workplace guarantees, they were specifically excluded. It’s not like they were overlooked when legislation was passed. They were kind of circled and said, “But not them.”  So it’s a very directed exclusion that we’re looking to rectify right now.

MV: That’s exactly right. And it was the exclusion of domestic workers and farm workers at the time, that was really about mostly Southern legislators not wanting to extend those rights and protections to workers, or even give them the ability to organize and form unions and have a voice on the job.

JJ: Right. And then the Civil Rights Act overlooks them in a different way, because it excludes workplaces with fewer than 15 employees. And so if you’re talking about homeworkers, then they fall through that crack as well, right?

MV: Exactly. So some of the exclusions are specifically defined as domestic worker exclusions. Some are because of the nature of the industry, being where it’s a one-employer-to-one-worker relationship in the workplace, that they don’t meet the threshold in some of the laws and protections that we know.

JJ: And, of course, it is behind those closed doors that some of the abuses that we hear about, anecdotally, occur. And I don’t think it’s too difficult for people to imagine. But if we’re just talking about the kinds of people who we’re looking to uplift with this law, it’s people who, maybe they’re going to care for an older person, and that older person is racist, and that’s just part of what they have to deal with every day. And up til now, they haven’t had any real recourse to do anything about it.

MV: It’s both the fact that the workplace is in a private home, and also the fact that the workforce is overwhelmingly women, and women of color and immigrant women. There’s just a higher vulnerability to abuse and harassment and discrimination. And [domestic] workers don’t have the protections against discrimination and harassment that other workers do, nor do they have, as you said, the recourse to be able to exercise their rights when they do face violations.

JJ: What do we think this federal Domestic Workers Bill of Rights will do? As part of answering that, it’s been kind of tried out; we’ve seen laws at the local and at state level, and they’ve had an impact, right? So let’s just finish up by talking about what these laws have changed, and what you hope the federal law will change.

MV: Yes. So today, we have eight states and the city of Seattle that have enacted a Domestic Workers Bill of Rights. In those states, workers feel more empowered, and feel like they can negotiate and enter into a different kind of work agreement, knowing that they have those basic protections and rights.

And we’ve also seen that employers have also changed the value and dignity that they provide domestic workers, through these bills. Because in some ways, we’ve not only visibilized the workforce, but we’ve also won recognition that these are workers, and deserve the same rights and compensation and fair standards that other workers do. And that in itself has had an impact. Not to mention that workers now have a recourse to be able to win back wages or compensation if their rights have been violated.

JJ: This is going to be in the new Congress. It’s been unveiled, but we have to still watch its fortunes. And I assume that media attention on it would be helpful, in terms of the success of this national Domestic Workers Bill of Rights.

MV: Absolutely. And we are thrilled to have Sen. [Kamala] Harris and Rep. [Pramila] Jayapal join us in introducing this bill in the 2019 Congress. And really it’s about starting this conversation, and educating legislators and the public about the importance of this workforce, and how it’s been left out of what we know are rights and benefits afforded to other workers.

JJ: All right, then. We will keep our eyes on this as we go forward.

We’ve been speaking with Mariana Viturro. She’s the deputy director at the National Domestic Workers Alliance. Mariana Viturro, thank you so much for joining us this week on CounterSpin.

MV: Thank you so much for having me.