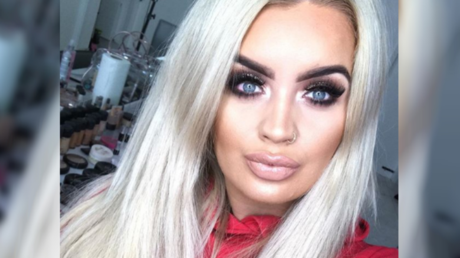 Rich in money but perhaps poor in romance, the youngest person to scoop a million pound lotto prize in Britain is reportedly ready to shell out £60,000 a year to the man of her dreams.

Jane Park was just 17 when she claimed a one million pound prize back in 2013, thus also gaining the fame or infamy of being the UK’s youngest ever lotto winner. After a recent break-up, the 23-year-old is now set to offer £60k a year to a man prepared to wine and dine her and fulfill her romantic needs.

The revelation comes via The Mirror, with the newspaper reporting how the prizewinning blonde is preparing to launch a website to search for the potential suitor.

Park, who previously dated Dundee footballer Jordan Piggott, is also said to be making the unusual dating scheme part of a documentary.

The Edinburgh native struck gold the very first time she played the lotto back in 2013. She has previously described how the windfall made her life a “misery” and how the age for playing in the UK should be upped from the age of 16.

“At times it’s just completely different to what you’d expect. There is a part that is like going shopping and having all this money and there are times when it is just completely the opposite,” she said.

Discussing Park’s romantic expectations a source told The Mirror: “Loyalty is the most important thing to her – the money is a small price to pay.”