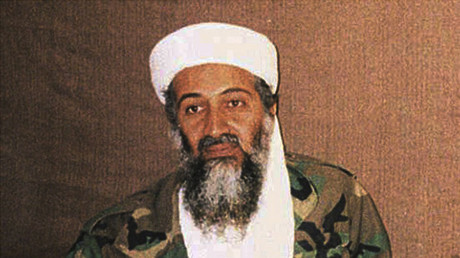 A Democrat running for congress in this year’s midterm elections has released a bizarre campaign ad, in which he compares President Trump to Osama bin Laden.

“After 9/11, the greatest threat to our democracy lived in a cave,” Dan Helmer says over a montage of explosions and footage of bin Laden. “Today, he lives in the White House.”

Helmer does not elaborate on the similarities between bin Laden, nor does he explain exactly how Trump threatens democracy.

“No-one, even the president, is above the law,” Helmer concludes.

Helmer is running against Republican Rep. Barbara Comstock in Virginia’s 10th District. In his video, he stresses that he is not a career politician, touting his education and military experience in Iraq and Afghanistan with the US Army.

His policies, however, are boilerplate Democrat. Helmer is in favor of extending Medicare to all Americans, tightening gun control legislation, and relaxing the Trump administration’s tough immigration policy.

High-profile publicity stunts are Helmer’s stock-in-trade. Last month he filmed himself purchasing a rifle at a gun show with no background check to demonstrate the ease of buying a gun in America.

“Last week, I went to a gun show to find out how easy it is to buy an assault rifle,” he said. “What I found was terrifying – it took less time to buy a weapon of war than a cup of coffee.” Helmer’s use of the term ‘assault rifle’ was misleading. Assault rifles – select-fire rifles with the ability to fire fully automatically – have been banned since 1986.

In another campaign ad, Helmer parodies an iconic scene from ‘Top Gun,” accusing his opponent of refusing to hold town hall events through the medium of song.

Helmer’s declaration that President Trump is not “above the law” is likely to appeal to the 71 percent of Democrat voters who would vote in November for a candidate in favor of impeaching the President.

However, Republicans have begun to edge ahead of Democrats in the polls. With House Minority Leader Nancy Pelosi tamping down combative talk from her party – including talk of impeachment – Helmer’s hardcore anti-Trump message could do the party more harm than good.