Janine Jackson interviewed Karen Hobert Flynn about the Census and citizenship for the March 10, 2018, episode of CounterSpin. This is a lightly edited transcript.

Janine Jackson: How much impact could the addition of a single question to the US Census have? So much that 12 states are suing the Trump administration to counter the move.

The question in question is, “Are you a US citizen?” It might raise eyebrows coming from any White House, but coming from this one, the last-minute move raises tremendous concerns, that only begin with the likelihood that the question would depress response.

Karen Hobert Flynn: Thank you for having me.

JJ: What are the big concerns about adding a question about citizenship to the census?

KHF: You know, America’s founders created the census, and wrote into the Constitution a requirement that their successors need to count all the nation’s inhabitants every ten years. Because they understood that for a truly representative democracy, we must know how many of us there are in the country, and the states in which we live. So, inhabitants, not citizens, was the requirement.

So people are alarmed when they see—for the first time since 1950—that this administration wants to put a citizenship question in the census, without any kind of testing. And in an atmosphere where we have seen this administration, with its anti-immigrant rhetoric and long list of anti-immigrant policies and proposals (many that have been struck down by judges), it’s created a tidal wave of fear, and concern that any information they provide to the census (although it’s supposed to be kept private) could be used to deport family members and neighbors.

JJ: Absolutely. You know, in another context, I might have started with a rhetorical, “What’s the big deal?” But I think it’s just so obvious, in this case, what the big deal potentially is. It’s wholly appropriate, isn’t it, to see this in the context of other moves by the administration. Why wouldn’t respondents have concerns about confidentiality, when this administration has said explicitly, “We’re looking to root out non-citizens”? But then, of course, going on from that…if you undercount, what happens? 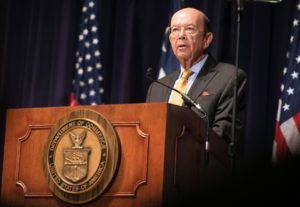 US Secretary of Commerce Wilbur Ross

KHF: There are many impacts that go to both the heart of our democratic system, and also how that data is used by communities. For instance, that information is used by communities to decide if they need a new fire station. It has an impact on schools, resources in a community to deal with assistance for veterans, hospitals, transportation. And so the impacts are large.

And then, when it comes to our democracy, democracy means everyone counts and has equal and fair representation. So it’s important to ensure every person is counted accurately, so that they have fair political representation.

This data that they collect is used by states to draw district lines. And those district lines determine how many seats a state will have in the House of Representatives, and also the maps drawn for state legislative districts. We already see some real challenges, and the politicization of drawing maps that occurs every ten years, where incumbents like to select their voters, rather than the other way around. But this actually rigs the system before we even get to the part of redistricting. And so that’s one of the biggest challenges.

And it’s interesting, because the Census Bureau has really tried, for the last several decades, to remove that kind of politicization, and to work to make sure that they can get the best count they can. Back in 2010, the Census Bureau worked with community organizations to do outreach, to let people know that the information that they collect is kept private and that nothing bad will happen to them if they comply and answer the census data. This move, I think, is going to really undermine that.

JJ: It really trashes that trust that’s been built up.

Well, Secretary of Commerce Wilbur Ross presented it as just a dry, sober, statistical matter: It has something to do with protecting voters, you know, enforcing the Voting Rights Act. It’s a little too Orwellian, almost, even to engage. But what I really wanted to say is, at the same time the Trump reelection campaign is fundraising off this possible change to the census, making it clear that it really does have something to do with what one of the former directors of the census, Kenneth Prewitt, said: “It’s a step toward not counting the people you don’t want to count.” 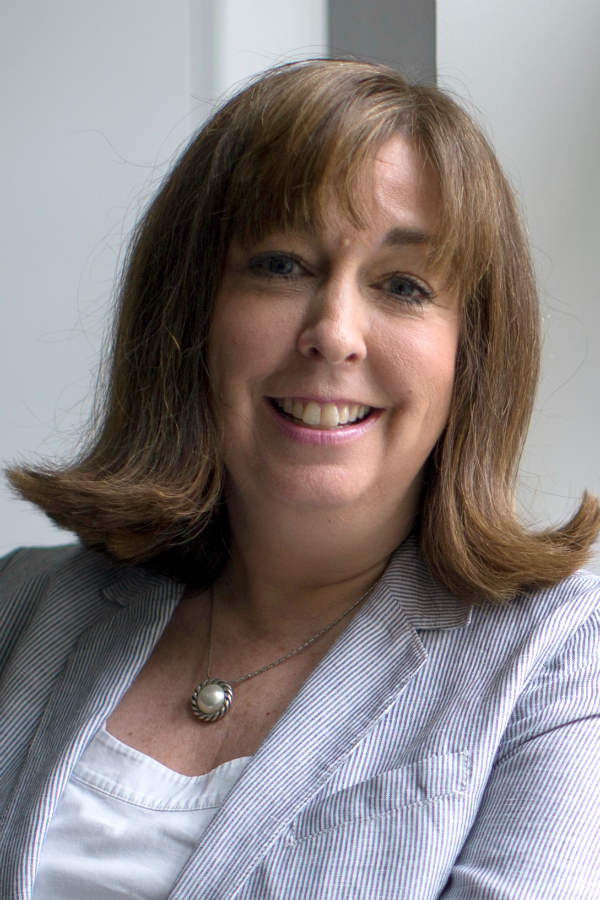 Karen Hobert Flynn: “To suggest that now this administration is concerned about enforcement of the Voting Rights Act really is laughable.”

KHF: That’s right. Two things: One, this notion that the Voting Rights Act’s enforcement is needed, using census data, has been debunked by Eric Holder, our former attorney general. He, as attorney general, and his predecessors, never needed to get a citizenship question on the census, because they could use the data derived from the existing census process for any voting rights litigation. And, actually, the Voting Rights Act, it was enacted in 1965—and the census hasn’t included a citizenship question since 1950. So to suggest that now this administration is concerned about enforcement of the Voting Rights Act really is laughable.

JJ: Doesn’t pass the sniff test. And then, to that point about “not counting the people you don’t want”—and this is coming from a former director of the Census. Six former directors of the Census have written this letter, saying this is a bad move, that it will dampen turnout, but then Prewitt goes on to say, no, we can actually see a strategy here, and it’s an anti-democratic strategy.

KHF: That’s right. There’s going to be more litigation besides the 12 states. I saw the NAACP is suing. We know California has already sued. So I expect that there are going to be many court challenges. And I’m not sure what that’s going to mean for the timing of this. You know, usually if there are new questions, this is brought up early in the process. It’s thoroughly vetted; Congress is involved in that process. And this is a very last-minute addition, with no testing, and that’s why it raises an even greater concern.

JJ: And that was going to be my final question, is what do you see happening? It sounds like a lot of lawsuits. Is there any way for folks to weigh in, or do we just kind of watch what happens?

KHF: I do think that it is important for citizens to let their elected officials know that a citizenship question is a bad decision for the census, for our communities and for America. And they should be urging their members of Congress to weigh in against this citizenship question. And I also think that we will also see more litigation around this matter, so I don’t think this is going to be a settled matter anytime soon.

JJ: And I should have asked you if you had any thoughts on media. Frankly, what media I’ve seen in the last few days has been pretty explanatory, and critics have been represented, critics of this move. But are there angles of the issue you’d like to see journalists dig into, or explore more?

KHF: I do think, and I’ve seen some of this, but: push back on the White House assertion that this is pro forma, that these questions have been asked for years. There is a more detailed long form that goes to one in, I think, 38 people, that asks questions about citizenship, but for the bulk of the census, the people that participate in the census, they are not questioned. So to suggest that they’re just doing something that’s always been done—that isn’t true. So I think continuing push back, because we see the Trump administration has Fox News and others repeat what they say from the White House pressroom; it’s important to continue to push back on those errors.

JJ: We’ve been speaking with Karen Hobert Flynn, president of Common Cause. You can follow their work online at CommonCause.org, and her article, “Ensure Everyone Is Counted,” co-authored with former Census Bureau Director Vincent Barabba, is on US News and World Report’s website, USNews.com.

Karen Hobert Flynn, thank you very much for joining us this week on CounterSpin.