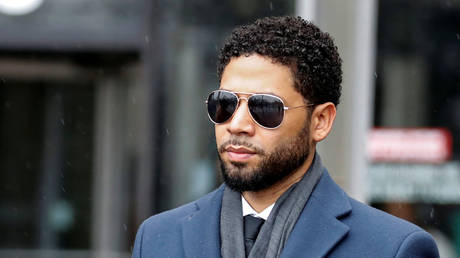 Chicago prosecutors have dropped criminal charges against ‘Empire’ star and alleged hate crime hoaxer Jussie Smollett. The actor had been indicted on 16 felony counts for faking a ‘racist and homophobic’ attack on himself.

Smollett claimed in January that two masked men wearing red hats yelled racial slurs at him, put a noose around his neck, poured bleach on his skin and shouted “This is MAGA country” – a reference to President Trump’s ‘Make America Great Again’ catchphrase. Smollett’s case began to unravel, however, after it emerged that the actor allegedly paid two Nigerian brothers to stage the attack.

All of these Democrat leaders deleted their tweets when Smollett himself was arrested and charged in February.

After the charges against him were dropped on Tuesday, Smollett’s attorneys said that their client “was a victim who was vilified and made to appear as a perpetrator as a result of false and inappropriate remarks made to the public causing an inappropriate rush to judgement.”

Prosecutors dropped the case after “reviewing all of the facts and circumstances,” and taking into account Smollett’s volunteer service in the community. His lawyers, without a trace of irony, called the case “a reminder that there should never be an attempt to prove a case in the court of public opinion.”