Following the murder of Labour MP Jo Cox earlier this year, parliamentarians are now spending nearly £640,000 (US$792,000) on security services. 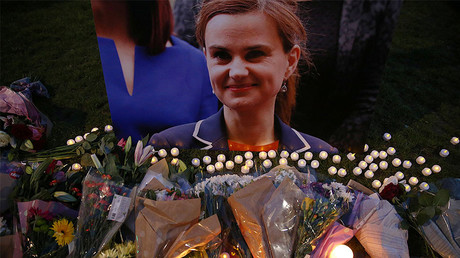 According to a Freedom of Information request by the Daily Mail, the security assistance resources allowed by the Independent Parliamentary Standards Authority (IPSA) have piled up to £637,791.63 since Cox’s death on June 16.

The Birstall MP was attacked outside her constituency surgery office allegedly by far-right campaigner and local resident Thomas Mair, who shot and stabbed the politician and a bystander who tried to defend her. Cox was allegedly targeted for being an outspoken Remain supporter in the EU referendum.

IPSA numbers show that last year the total spent on security did not add up to more than £160,000, although that cost was in itself already higher than the 2014-15 financial year, when only £77,000 was spent on safeguarding politicians.

IPSA’s Chief Executive Marcial Boo said this year’s spending was in order with other years and was mostly used to pay MPs’ staff salaries. He did not specify whether the staff in question included security personnel.

“It is important that we take their security, and that of their families and their staff, very seriously,” Boo added.

IPSA did, however, confirm that 66 MPs had been given “enhanced” security packages after Cox’s killing. It is believed these are individuals who could be at greater risk of attack.

MPs and staff have been provided with 124 ‘lone worker’ devices that can be pressed in case of emergency and which automatically place calls through to the police.

The House of Commons has also hired a personal security specialist to reevaluate MPs safety when outside Parliament.