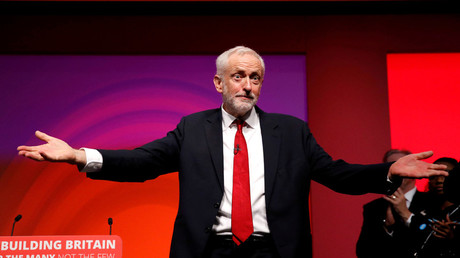 Labour Leader Jeremy Corbyn has told Theresa May that he would “relish” a live head-to-head TV debate on her Brexit deal, as the prime minister attempts a PR charm offensive before a crucial vote on the agreement in parliament.

Corbyn has branded May’s deal with the EU as “a miserable failure of negotiation” and has vowed that Labour will vote against it, because in his view it “leaves us with the worst of all worlds.” The Labour leader has welcomed the prospect of locking horns with May.

A Labour spokesperson said: “Jeremy would relish a head-to-head debate with Theresa May about her botched Brexit deal and the future of our country.”

The prime minister, who was accused of ‘weakness’ for not participating in TV debates during the run up the 2017 General Election, would want the debates to be televised at prime time. If agreed upon the debates could happen just days before the Commons is expected to vote on the deal – scheduled for December 11 or 12.

May has a huge task ahead to get her deal through parliament. According to Business Insider, up to 90 Tory MPs have declared they will vote against May’s Brexit deal, with Labour and other opposition parties, including the Democratic Unionist Party which props up her minority government, also committed to voting it down.

Also on rt.com
Bruised and battered May begs for public’s support on reviled Brexit deal


The prime minister will attempt to rally support from MPs on Monday in a Commons statement, in which she will urge them to get behind her or risk “more division and more uncertainty,” Politics Home reports.

She is expected to say: “There is a choice which MPs will have to make. We can back this deal, deliver on the vote of the referendum and move on to building a brighter future of opportunity and prosperity for all our people.

“Or this House can choose to reject this deal and go back to square one … It would open the door to more division and more uncertainty, with all the risks that will entail.”

The UK and the EU announced on Sunday that they had agreed on a Brexit deal at a summit of the bloc’s leaders in Brussels. It took them just 40 minutes to sign off nearly 600 pages of legal text and a 20-page roadmap for the EU’s future relationship with Britain, Bloomberg reports.