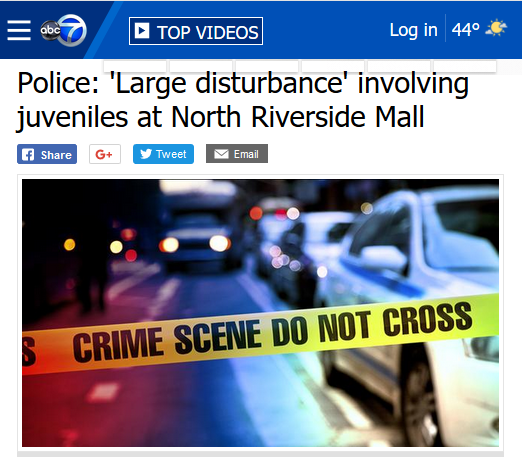 If ABC‘s WLS-TV (3/3/18) had called it a “large disturbance involving children,” it wouldn’t have sounded nearly so ominous.

As FAIR has noted many times before (7/10/16, 1/30/18), one of the primary goals of “Copspeak”—broadly defined as the media internalizing police verbiage to sound Cool and Official—is to dehumanize those officers have detained, harassed or killed.

One popular iteration of Copspeak is when reporters refer to children or teenagers as “juveniles.” This works to criminalize and dehumanize a distinction—being a child—we would otherwise view in a sympathetic light, by using the dry, scientistic language of an anthropological study. “Police shoot fleeing juvenile” impacts us far less than “police shoot fleeing child” or “police shoot fleeing teenager,” which is why it’s the preferred term of the police, and thus police-aligned local reporters doing their best Copspeak impression.

Here are a few recent examples, children are referred to as “juveniles” before they’ve been indicted much less found guilty of any crimes:

For centuries, societies have made a distinction between crimes committed by children and adults, with an understanding that, developmentally, they have different notions of guilt and responsibility. Blurring this distinction with “juvenile” turns children into criminals, instead of what they are: children. 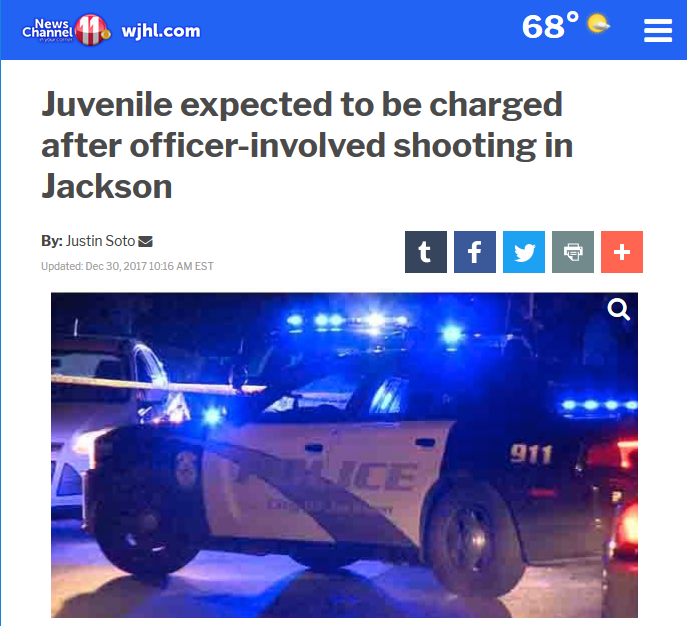 Nexstar‘s WJHL (12/30/17) gets two of the key terms of Copspeak into the same headline.

Often, the term “juvenile” is coupled with “male” to maximize the dehumanization. This works in conjunction with other elements of Copspeak (FAIR.org, 1/30/18): Instead of a “boy” or “teenager killed,” we have a “dead juvenile male” dying “after” an “officer-involved shooting.” The normal language of human interaction is replaced with Borg-like jargon: Chests become “torsos,” boys become “juvenile males” and—by design—humans become cadavers.

If one opens Google in incognito mode and types in “juveniles,” the top results are either medical-related (e.g., “juvenile diabetes”) or connected to crime: “juvenile detention,”  “juvenile detention center” and “juvenile justice.” One does not, after all, ask a friend how their “juveniles” are doing, or tell your spouse to put the “juveniles” to bed; when people we consider like ourselves are under the age of 18, we generally call them “children.”

During the Baltimore unrest in April 2015, a panic that produced several bogus narratives (FAIR.org, 4/29/15, 6/25/15), the Baltimore Police Department routinely used the term “juvenile” to pathologize a gathering of mostly African-American children. “Several juveniles are part of these aggressive groups,” the department breathlessly warned on Twitter: “There is a group of juveniles in the area of Mondawmin Mall. Expect traffic delays in the area.”

Baltimore police were not unique in applying this phrase to African-American children: The “disorderly juveniles” in the Philadelphia-area mall and the “juveniles” causing a “large disturbance” in suburban Chicago, cited above, were also mostly black teenagers. 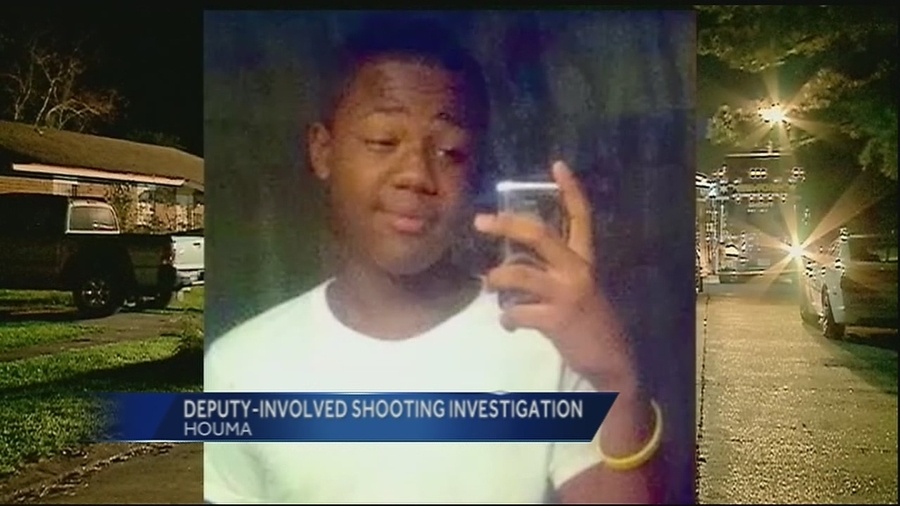 When 12-year-old Tamir Rice was shot and killed by Cleveland police, USA Today (1/23/14) wrote in its lead paragraph that cops were responding to a report that “a juvenile was scaring people.” The fatal shooting by Houma, Louisiana, police of Cameron Tillman—a 14-year-old hanging out in an abandoned building with a bb gun—was summarized by local media (WDSU, 9/23/14) as “the deputy fired a shot or shots, striking one of the juvenile suspects.” After George Zimmerman killed 17-year-old Trayvon Martin, Fox News’ Tucker Carlson (7/2/13) asked former NYPD detective Bo Dietl about Martin’s school records, and Dietl responded:

Well, you know, a lot of times when they’re juveniles like this, they could commit robbery. And they classify as a juvenile delinquent type of act.

All three of these “juveniles” were African-American children.

Reporters likely believe they’re being Official and Serious when adopting Copspeak, but they ought to consider why these terms are used. Police, like the military, use language deliberately designed to dehumanize those with whom they interact, in order to obfuscate their guilt when they kill or injure. It’s an institutional lexicon developed over decades of public relations fine-tuning. There’s no objective reason why reporters ought to follow suit, unless they view themselves as extensions of the police.