Special Counsel Robert Mueller, the man leading the probe into alleged collusion between US President Donald Trump’s election campaign and Russia, has himself fallen under suspicion of having ties to a Russian oligarch.

The Mueller probe, which has been dragging on for about a year, has still not provided any tangible results. Meanwhile, ‘Russiagate’ rages on, with even perceived communication with any Russian being scrutinized and looked upon as a sin.

Even the man leading the Trump-Russia collusion investigation was unable to stay out of trouble and was eventually subjected to a fair share of suspicion. Most recently, media outlet the Hill assumed that Mueller might not be actually fit to do his job as he may have a conflict of interest due to alleged ties to a Russian oligarch. And he was linked not just to some random wealthy Russian businessman, but to none other than Oleg Deripaska, an aluminum magnate who was just recently sanctioned by the US Treasury. 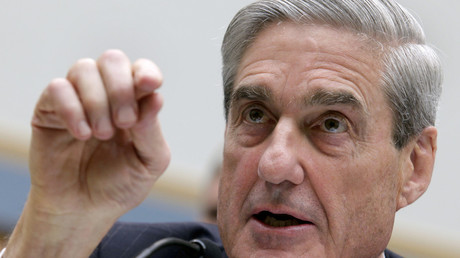 Back in 2009, when Mueller headed the FBI, Deripaska allegedly lent financial and other assistance to an FBI-supervised operation to rescue a former FBI agent, Robert Levinson. The man disappeared in Iran while working for the CIA in 2007. The FBI then reportedly long courted the Russian businessman, who had extensive business ties in the Islamic Republic, asking him to lend a hand to US intelligence in the search for the missing agent as well as to fund the operation as the US entities were legally barred from spending any money on Iranian territory.

The mission eventually failed and the agent was never found, although the FBI, led by Mueller, still reportedly rewarded Deripaska for his help. The agency allegedly arranged access for the businessman to the US, even though he has been banished from the country since 2006 over reports of malicious activity, which the billionaire repeatedly denied. According to the Hill, the businessman then entered the US on at least nine occasions. 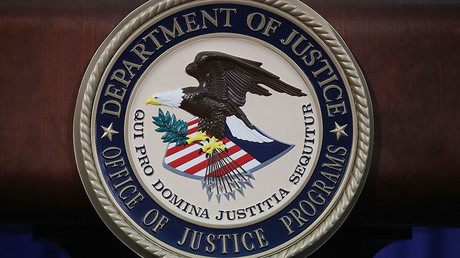 The media did not stop at that and further noted that the FBI also reportedly consulted Deripaska in 2016 in New York in an attempt to verify the information contained in the infamous Steele Dossier. The document composed by the former British intelligence officer, Christopher Steele, featured unverified, salacious details about Trump’s stay in Moscow, sparking speculation that Russia might be in possession of compromising material, which it could use to blackmail the US president.

The Russian businessman then brushed off the idea of any collusion between Trump and Moscow by calling it “false,” the Hill reported. However, the media apparently missed the fact that this alleged meeting between Deripaska and the FBI agents took place some three years after Mueller vacated the office of the FBI head and was succeeded by James Comey.

John Solomon, the Hill’s executive vice president for video, who authored the piece, then assumed that Mueller might be reluctant to include Deripaska in the probe precisely because of the businessman’s previous ties to the FBI, which could in particular cast a shadow on the activities of the former FBI director himself. Mueller was apparently legally barred from asking for Deripaska’s help in the 2009 operation and his actions might lead as far as to him being accused of impropriety, Solomon boldly states, citing legal experts. 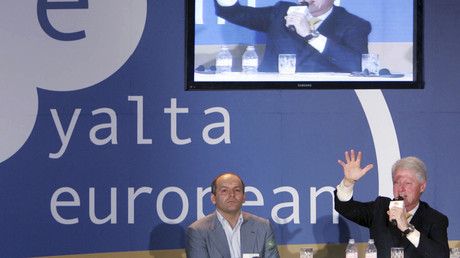 However, the information about the alleged ties between Deripaska and the FBI (and eventually Mueller), which is presented as a set of facts, might not be as unambiguous as it seems. Solomon based his report about the Russian businessman’s involvement in the 2009 operation on accounts which were mostly provided by allegedly well-informed sources both “inside and outside the FBI.” The only person identified by name is the Levinson family lawyer, David McGee. Solomon also goes on to claim that Deripaska himself as well as his lawyers also confirmed his role in the mission.

However, when the story was earlier reported by the Western media, a spokesperson of Deripaska’s Basic Element diversified industrial group actually dismissed the reports by saying that information related to the businessman in this case is “absolute nonsense that has nothing to do with reality.”

The information about Deripaska’s alleged 2016 meeting with FBI agents was reportedly received by Solomon from Adam Waldman, a US lobbyist, who is best known for acting on behalf of Russian businessman Deripaska. However, Waldman is not known to have ever made any similar statements before.

These facts apparently have no importance for the US media, however, which have already made a habit of accusing various US officials of having hidden links to Moscow. Notably, it is not the first time when the former FBI director has been accused of having some potentially suspicious ties. Earlier, it was reported that Mueller met with another perceived ‘pro-Moscow’ high-profile figure – the former Ukrainian President Viktor Yanukovych.