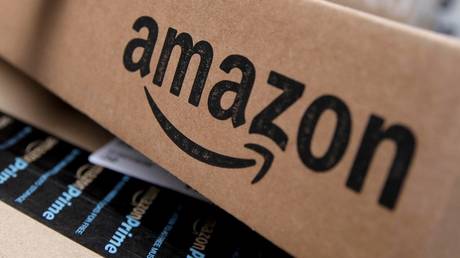 Private emails between an Amazon executive and a Trump administration official show them discussing new federal purchasing rules. Is Bezos’s behemoth suddenly in bed with Trump, or is there a different tale behind this collusion?

Jeff Bezos, the richest man on earth and owner of Amazon and the Washington Post, has been one of the most outspoken critics of President Donald Trump. However, it seems this hostility is reserved for Trump personally and not the US government, as Amazon is more than happy to do business with the Pentagon and the US intelligence community.

On Wednesday, The Guardian cited emails obtained through a Freedom of Information Act (FOIA) request, showing a correspondence between Amazon executive Anne Rung and Mary Davie of the General Services Administration (GSA) in 2017 and beyond, as Congress worked on what critics had dubbed the “Amazon amendment.” What ended up being Section 846 of the National Defense Authorization Act (NDAA) said the federal government should build and use an e-commerce portal, in language that seemed tailor-made for Amazon.

Here’s where it gets interesting. Rung is a former GSA official herself – appointed by President Barack Obama in July 2014 to head the Office of Federal Procurement Policy. She had previously worked for Obama as a senior adviser at the Office of Management and Budget (OMB). Rung left the government to join Amazon on November 1, 2016, mere days before Trump’s upset victory over Hillary Clinton in the presidential election.

Davie was officially named deputy commissioner of the Federal Acquisition Service in September 2017. Far from being a Trump political appointee, however, Davie spent the previous 12 years as a FAS assistant commissioner in one office another. Back in 2009, she spearheaded a “penny-pinching” program praised by Obama’s White House.

It was Davie who reportedly reached out to Rung, asking for a meeting during a trip to Seattle, where Amazon is headquartered. According to the Guardian, in a September 20, 2017 email Rung told Davie she would like to have a “gut check” conversation about the upcoming meeting regarding the legislation:

IF the legislation is enacted, I have a sense of how GSA will want to approach this (first you have to select providers, then you will want to implement something incrementally/phased approach), but I want to make sure that I’m not way off the mark. It will help me design a discussion/agenda for our meeting next month.

In January 2018, the two reportedly exchanged more emails, asking each other for recommendations on candidates to fill open positions at both the GSA and Amazon.

Asked about the exchanges, the GSA told the Guardian that its officials had met with 35 companies in 2017 and 2018 to discuss “existing commercial capabilities and conduct market research” and that no one was given special access or preferential treatment.

“Instead, all companies expressing interest in the Commercial Platforms program have equal access to GSA,” the agency said. “We cannot speculate on which companies will be part of the proof of concept until proposals are received, evaluated, and awards are made.”


True to form, the – currently shuttered – federal government has yet to determine which company will get the contract to build the e-commerce portal, but Amazon is considered a favorite. The US government buys approximately $53 billion worth of commercial goods every year.

Meanwhile, Bezos has been angling for a $10 billion cloud computing contract with the Department of Defense’s “Project JEDI,” and announced in November that one of Amazon’s secondary headquarters will be in Virginia, just down the road from the Pentagon.