Fraud investigators have exposed the Clinton Foundation’s alleged misdeeds in a Congressional hearing, describing it as a de facto “foreign agent” devoted not to charity but to “advancing the personal interests of its principals.”

The Clinton Foundation acted as an agent of foreign governments “early in its life and throughout its existence,” according to testimony by former government forensic investigator John Moynihan, which, if true, would not only render it in violation of the Foreign Agents Registration Act but also would violate its nonprofit charter, putting it on the hook for a massive quantity of unpaid taxes.

The foundation began acting as an agent of foreign governments early in its life and continued doing so throughout its existence, as such, the foundation should have registered under FARA.

Moynihan and fellow ex-government investigator Lawrence Doyle shared 6,000 pages of evidence with the IRS over 18 months ago, only to be met with silence. They shared them with the FBI multiple times – ditto. Yet when the pair testified before the House Oversight and Government Reform Committee, they refused to turn over the documents, stating they did not want to interfere with any ongoing investigations. 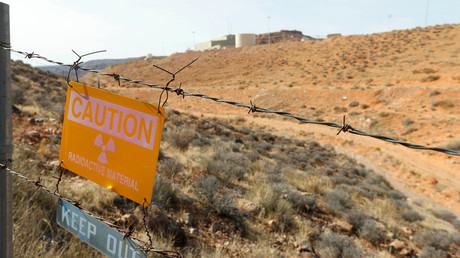 The committee chairman Rep. Mark Meadows (R-NC) said witnesses’ reluctance to share all the documents was hardly a “good foundation for truth and transparency,” while Rep. Jody Hice (R-GA) said he felt the duo was “using” the panel for their own benefit.

Testifying on their findings, Doyle highlighted the Foundation’s alleged “misuse of donated public funds,” explaining that it “falsely attested that it received funds and used them for charitable purposes which was, in fact, not the case. Rather the foundation pursued in an array of activities both domestically and abroad,” which included activities “properly characterized as profit-oriented and taxable undertakings of private enterprise, again failing the operational tests of philanthropy referenced above,” referring to the equally non-charitable pursuit of funding the Clinton Presidential Library.

John Huber, appointed by former Attorney General Jeff Sessions to investigate the Clinton Foundation after Sessions recused himself from doing so, was conspicuously absent from the hearing, even though his job is to probe Clinton’s approval of the sale of US uranium assets to Russia.

Judicial Watch’s Tom Fitton also gave testimony, outlining how “it was hard to tell where the Clinton State Department ended and the Clinton Foundation began” – so much so that the King of Bahrain, unable to meet with Clinton as Secretary of State, secured a meeting with the Foundation instead.

Also on rt.com
FBI raids home of whistleblower who had ‘dirt’ on Clinton Foundation, Mueller


Rep. Gerry Connolly (D-VA) likened the testimony to “Alice in Wonderland,” claiming yet another investigation of the Clintons was an attempt to distract from the ongoing investigations of Trump. “We have a ruling…saying there is sufficient grounds to go forward with a criminal investigation of the Trump Foundation, not the Clinton Foundation,” he said, adding that the committee had an informant in the Uranium One deal-making process who was unable to present any evidence of wrongdoing.

Meanwhile, the FBI has missed a deadline to turn over information on why they raided the home of another Clinton Foundation whistleblower, Nathan Cain, earlier this week. Cain’s lawyer says his client – who reportedly gave the Justice Department documents showing federal officials failed to investigate criminal activity related to the Uranium One deal – was accused of possessing stolen federal property.