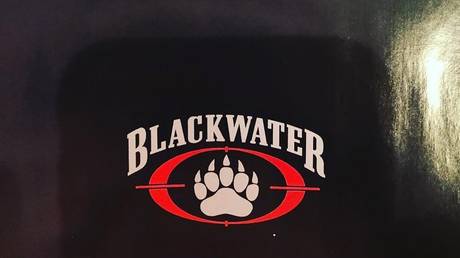 Blackwater, the controversial US private security company, has flagged its intent to resume business, taking out a full-page commercial in the latest edition of Recoil magazine with a chilling message declaring “We are coming”

The resurrection within the military contractors’ market of notorious Blackwater, which, after numerous scandals and several rebrandings, is now known as Academi, has analysts looking deeper into US intent to withdraw from the wars in the Middle East. The advertisement in Recoil, made public after Defense Secretary Jim Mattis announced his resignation, prompted concerns that president Donald Trump might be seeking to privatize ongoing American engagements in Afghanistan and Syria, following the declared troops’ withdrawal from the region.

The main supporter of the idea of privatizing the US fighting in the Middle East has been Erik Prince, the former head of Blackwater. The longtime Republican sold the company in 2010 but has maintained communications with Trump, reportedly trying to lobby his inner circle to replace the US military presence in the region with mercenaries. Mattis, who served in the Persian Gulf War, Afghanistan and Iraq, firmly rejected the idea.

Trump has basically fired the very people who told him that it would not work and not to do it.


Whether or not outsourcing US wars to a private contractor will have any positive affect on the ground remains to be seen, Maloof explained, stressing that a “three private military contractors for one US soldier” ratio currently set up in Syria and Afghanistan has failed to achieve much.

“Erik Prince is very close to Trump,” the analyst pointed out, but “he would have to bring very traumatic force and it’s going to cost money and Erik Prince is getting paid by the US government.”


The prospects of Blackwater’s return to the mercenary market has distressed those few among American public who remember the notorious murder of 14 Iraqi civilians by the company’s guards in 2007 in Nisour Square, Baghdad.

“I don’t think the American public would stand for a company that has committed so many crimes in the past,” political activist, Medea Benjamin told RT. “Erik Price and mercenaries make money by continuing wars, not ending them.”