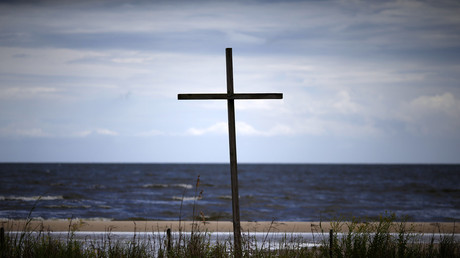 A child killed by a falling tree in Florida has become the first fatality attributed to Tropical Storm Gordon, which is now pounding the US Gulf Coast west of Alabama-Mississippi border.

As hurricane warning was in effect for much of the Gulf Coast, a tree landed on a mobile home in West Pensacola, Florida, killing a child inside, a spokeswoman for the Escambia County Sheriff’s Office said, on Tuesday night.

The NHC advisory warned that winds up 70mph can be witnessed as Gordon makes the landfall west of Alabama-Mississippi border. Gordon is expected to produce total rainfall of up to 8 inches in the region and could “cause flash flooding across portions of these areas,” NHC warned.

The normally dry coastal areas might be flooded by rising waters, the NHC warned. Three feet of excess water can reach the mouth of the Mississippi River near Biloxi, authorities said, warning water levels might rise up to four feet at the Alabama/Florida border area.

“The deepest water will occur along the immediate coast near and to the east of the landfall location, where the surge will be accompanied by large waves,” the advisory reads. Based on weather conditions Gordon is expected to move inland across the lower Mississippi Valley through Wednesday, before heading in the north-northwest direction.