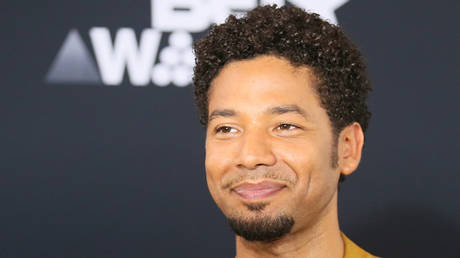 Fueling suspicions that the ‘racist, homophobic’ attack on actor Jussie Smollett was a hoax, Chicago police have released the two Nigerians arrested as “persons of interest” without charges, claiming they have more work to do.

Abimbola and Olabinjo Osundairo were released after a day of questioning after they were taken into custody at O’Hare airport as “persons of interest” in the Smollett case. While they didn’t quite fit the narrative Smollett gave – in which two masked (but white) men beat him up, shouted racist and homophobic slurs and a pro-Trump slogan, and poured bleach on him, then put a rope around his neck – they did know the ‘Empire‘ actor, having appeared in the series as extras themselves.

Case Update: Due to new evidence as a result of today’s interrogations, the individuals questioned by police in the Empire case have now been released without charging and detectives have additional investigative work to complete. pic.twitter.com/Hswn1Qjgcy

Police searched their residence on Wednesday night, recovering a number of items including a red hat, bleach, sneakers, and electronics. The two men had left for Nigeria on the night after Smollett was allegedly assaulted and were on their way back to Chicago when police apprehended them at the airport. They were officially arrested Friday morning, reportedly on suspicion of battery, and questioned further in the presence of their lawyer.


Rumors exploded Thursday after two local news stations reported Smollett’s story had been a hoax – reports the Chicago police quickly attempted to quash, calling them “unconfirmed.” Fox Entertainment, which produces Empire, dismissed rumors he was being written off the series as “patently ridiculous,” a sentiment the show’s writers echoed.

The hoax rumors refused to die, however.

They were released and Jessie “lawyered” up today with a high profile defense attorney. Looking suspicious!

Normally I live by “never rat on you friends and always keep your mouth shut”. But in their case: they came here from Nigeria, went out to get rope and bleach when it was -10, faked an assault, and the mofo didn’t even give them a sandwich. I don’t blame them for snitching.

Well in a statement released Thursday, police said they identified the two people in the surveillance photos and tracked them down using cameras, public transportation records and “corroborating info provided by Smollett.” That can only be phone records.

Becuase they flipped. They were minor accessories, maybe even unknowingly. Investigators likely getting evidence together for Smollett arrest warrant.