A new type of synthetic alcohol has been discovered which could allow drinkers to enjoy a few pints without the risk of suffering a hangover.

The drink, ‘alcosynth’, is designed to mimic the positive effects of alcohol but does not cause a dry mouth, headaches or nausea, according to its creator Professor David Nutt. 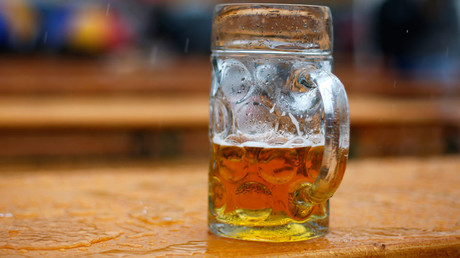 The Imperial College professor, who was sacked from his position as the government drug adviser in 2009 after claiming that taking ecstasy was less dangerous than riding a horse, told the Independent he had patented around 90 different alcosynth compounds.

He says two are being rigorously tested for mainstream use and within 35 years could replace regular alcohol.

“People want healthier drinks. The drinks industry knows that by 2050 alcohol will be gone.”

“It will be there alongside the scotch and gin, they’ll dispense the alcosynth into your cocktail and then you’ll have the pleasure without damaging your liver and your heart,” he said.

“They’ll go very nicely into mojitos. They even go into something as clear as a Tom Collins. One is pretty tasteless, the other has a bitter taste.”

Nutt says the effects of alcosynth would last around a couple of hours – the same as traditional alcohol, and could stop drinkers getting legless. 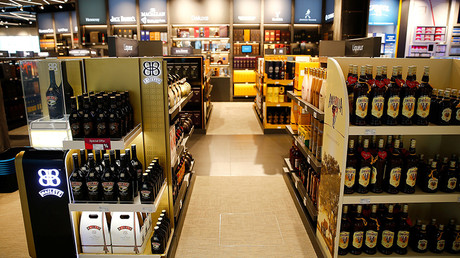 “We think the effects round out at about four or five ‘drinks,’ then the effect would max out.

“We haven’t tested it to destruction yet, but it’s safer than drinking too much alcohol. With clever pharmacology, you can limit and put a ceiling on the effects, so you can’t ever get as ill or kill yourself, unlike with drinking a lot of vodka.”

Advocates of alcosynth believe it could revolutionize public health by relieving the burden of alcohol on the health service.

However, huge costs of funding research and regulatory concerns means it could be a long time before people order an alcosynth cocktail at their local pub.

A government spokesperson told the Independent Nutt’s idea was “interesting” but “too much in its infancy at the moment for us to comment on.”

“I don’t think we’d give money to it until it was a little further along. If [Nutt] were to apply for funding, it would go through the process of everything else and would be judged on its merits,” the spokesperson added.

“It would be great for producing better workforce efficiency if no one was hung over.”