The Police Federation lambasted Chancellor Philip Hammond’s Budget announcement after it was revealed more money would be spent on potholes than on policing, and claims the government is “jeopardising the safety of the public.”

Hammond’s 2018 Budget included an extra £160 million (US$204 million) for counter-terrorism policing, but was notable for its absence in providing further funding in other areas of policing – an omission that has riled a police association amid rising crime rates. 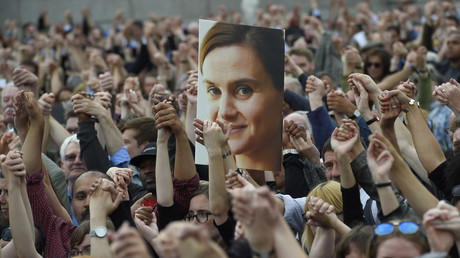 Chair John Apter said the £160 million awarded to counter-terrorism policing was the “very minimum required” to retain capability, and under half the £420 million allocated to deal with potholes. He claims the government is putting the public’s safety at risk.

Apter told the Independent: “This is just another example of the contempt in which the government holds police officers. What does it say when a government prioritises pot holes over policing?

“The government are jeopardising the safety of the public who they have a duty to protect.”

The Home Affairs Committee reports that while the number of offences recorded has increased by a third in three years, with violent crime rising rapidly, charges and summons have fallen dramatically by 26 percent.

Data from all but one of 43 forces released last week showed the number of arrests by police in England and Wales has almost halved in 10 years, and victims’ confidence in the criminal justice system is dwindling.

The Federation’s criticisms come as analysis from the Resolution Foundation, a left-leaning social policy think tank, shows that Hammond’s Budget will benefit rich families 14 times more than the poor – that’s despite the Chancellor insisting that austerity was “coming to an end.”

They say the wealthiest 10 percent of households in Britain will gain £410, compared with a gain of just £30 for the poorest 10 percent from income tax and benefit changes announced on Monday.