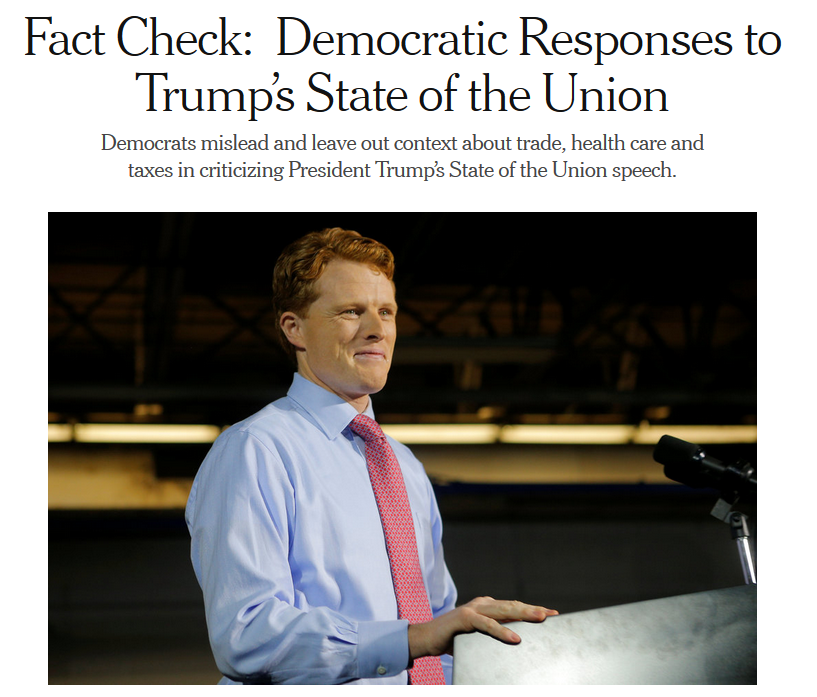 The New York Times (2/1/18) doesn’t want Joe Kennedy “misleading” you into thinking that corporate bosses make too much money.

Since the rise of the “fake news” panic in late 2016, corporate media’s focus on factchecking has rapidly increased in scope and urgency. Positioning themselves as a bulwark against lies and disinformation, major media outlets play up their role of truth sheriff, out to expose liars and manipulators. This mission, combined with a desire for “both sides” balance (FAIR.org, 5/3/17), often leads to rather goofy pedantry—and outright errors.

Take, for example, the New York Times’ recent factcheck (2/1/18) of Rep. Joseph Kennedy III’s claim, made after Trump’s State of the Union, that “top CEOs making 300 times the average worker is not right.” The Times‘ Linda Qiu deemed this statement “true, but misleading.” How can something be true but also mislead? Qiu never makes that clear, but instead parses trivial differences and misreads basic statistics:

Mr. Kennedy is likely referring to a 2014 study from the left-leaning Economic Policy Institute. It found that compensation for chief executives at the top 350 American firms was about 300 times more than their employees. To start, that figure is out of date.

Oh my. This is the greatest crisis of credibility since the Washington Post’s Philip Bump uncovered the Bernie Sanders campaign’s conspiracy to claim that its average donation was $27, when in reality it was…$27.89 (FAIR.org, 4/27/16).

Also, the employment compensation research site PayScale conducted a 2016 survey across 168 companies with revenues over $1 billion. That research found executive cash compensation was, on average, about 70 times the median salary of their employees, though some broached the 300 to 1 mark.

This might call Kennedy’s statistic into question, except that only a minority of CEO rewards take the form of “cash compensation”—about 34 percent, according to a report from Stanford’s business school, with 63 percent taking the form of stock and stock options. This renders the PayScale number useless for gauging the accuracy of Kennedy’s number, serving only to cast gratuitous doubt on the observation that corporate bosses are paid a great deal. 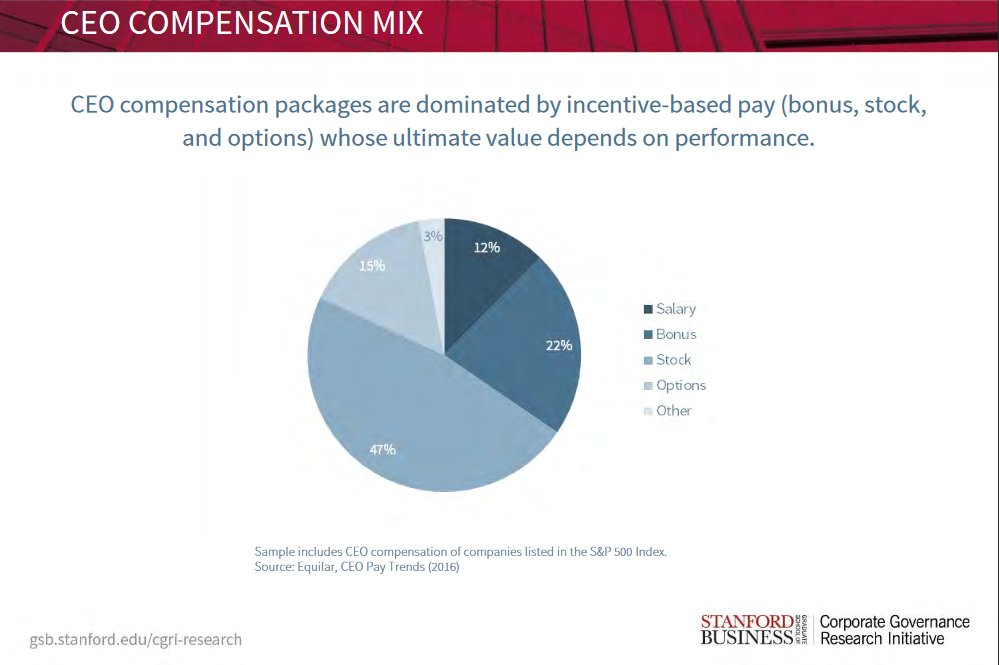 This is further confused by this non sequitur:

Looking at wages alone — and not counting other forms of compensation like bonuses or stock options — chief executives made an average salary of $194,000 in 2016, about four times what the average worker made, according to even broader data from the Bureau of Labor Statistics.

Except Kennedy referenced “top CEOs,” as in the very rich—the CEO of Mike’s Tires LLC in Sheboygan, Wisconsin, isn’t really the fat cat being discussed here.

So what was the point of any of this? Why nickel-and-dime the Democratic response to a president who averages about 2,000 falsehoods a year?  As FAIR noted last year (10/3/17) when the Washington Post rushed to defend its boss, Jeff Bezos, from charges by Sen. Bernie Sanders that he and other super wealthy oligarchs had “as much wealth as half the global population,” corporate media seem particularly sensitive about politicians highlighting inequality. They concede the underlying claims are correct, but think the foaming masses can’t handle basic statements of fact without 16 shades of qualification—even qualification that turns out to itself be misleading or flat-out wrong. Statements about runaway inequality must be nuance-trolled to death, lest readers be “misled” by facts that the media outlets themselves agree are true.