An Asian tick species capable of transmitting deadly diseases to humans is exploding in population and has already spread to eight states in just a year after its first appearance in the US, warns the Centers for Disease Control.

The Asian longhorned tick was only seen in laboratories and in quarantine in the US until “thousands of them” turned up on a pet sheep in New Jersey last year. Because females can generate progeny without mating –up to 2,000 eggs at a time– a single Asian longhorned tick can quickly turn into an infestation. 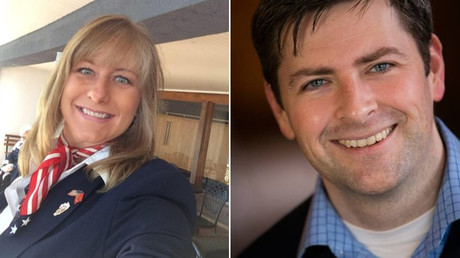 The ticks have already been found twice on humans this year, as well as on six domestic species and six species of wildlife. While none of the known hosts are believed to have been infected by dangerous pathogens as a result, the CDC admits that new lab tests may be needed to detect all the diseases the species is capable of spreading. Asian longhorned ticks are notorious as a vector for dangerous diseases in their native Asia, including Japanese spotted fever and one virus that causes a hemorrhagic fever that kills 30 percent of its victims.

“The full public health and agricultural impact of this tick discovery and spread is unknown,” warned the CDC’s Ben Beard, deputy director of the Division of Vector-Borne Diseases. Tick-borne diseases are already underreported, and it is unknown how long this species has been in the country before it was spotted on the sheep – or how it got here.

The CDC hopes to stop the invasion from getting out of control with a “broad range of interventions,” and states have already begun submitting specimens for testing to see if they are members of the new species. This is the first time an invasive species of tick has breached quarantine to enter the US in nearly 80 years – before 2017, Asian longhorned ticks were successfully intercepted at ports of entry at least 15 times, hitching rides on imported animals and materials.

Tick-borne illness has increased threefold since 2004, according to another CDC report released earlier this year, and the agency is networking with agricultural and veterinary scientists as well as federal, state, and local experts in an effort to contain the menace. CDC officials plan to meet next week with representatives of other federal agencies to attempt to develop a national strategy to fight these illnesses.

“The problems are getting worse and worse,” Lyle Petersen, director of the CDC’s Division of Vector-Borne Diseases, told the Washington Post. “We’re losing this battle.”