Remember War Games, that Matthew Broderick movie from the 1980s?

It’s looking like nuclear war is inevitable, but only a couple of people in the world, among them Broderick’s character himself, are aware of it.

And there’s a moment in which he wishes he didn’t know, that he could be just like the rest of mankind, and not have to bear this burden.

I have to admit:

I am tempted in this direction now and again.

Knowing what I know about the warfare state, the establishment, and the media, it’s obvious what they’re trying to do to her.

They’ve done it to other dissidents, and they’ll do it to anyone else who dissents from the War Party.

Exhibits A and B, posted by folks in my private group: 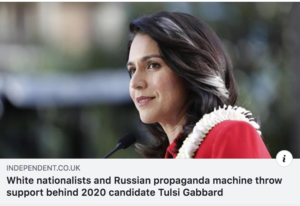 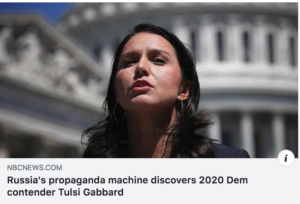 Then, from Lew Rockwell and Twitter, some sane commentary on how Tulsi is being treated: 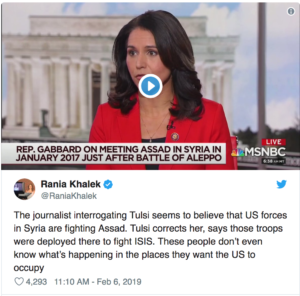 (That’s a reference to Kasie Hunt of NBC News.)

In other words, ignoramuses are interrogating her, while not actually knowing even the most basic facts.

But at its root this isn’t a question of ignorance. Nobody with an IQ above 70 could seriously post those headlines about Russian propaganda. They know what they’re doing.

Meanwhile, people are seriously suggesting that rebuilding or retrofitting every single building in America will actually make us wealthier.

How did the nuttiness accelerate to this point? It shocks even me.


The Best of Tom Woods