The suspended bigwig of notorious data mining firm Cambridge Analytica, Alexander Nix, has ducked the UK government’s fake news inquiry – for now. MPs are faced with the decision whether or not to summon the slippery CEO.

Nix had been asked back to the inquiry for a second time to clarify inconsistencies in the evidence he provided the first time around. Now, Nix’s lawyers have told the inquiry that he will not – and cannot – “give evidence [on Wednesday] as a consequence of him having been served with an information notice and being the subject of a criminal investigation by the Information Commissioner’s Office,” committee chair Damian Collins told his fellow members.

“His legal representation has said that he’s now not able to give evidence to the committee tomorrow, as a consequence of him having been served an information notice, and being subject to a criminal investigation by the Information Commissioner’s Office.”

“We do not accept Mr Nix’s reason for not appearing in a public session before the Committee,” Collins said. “There is therefore no legal reason why Mr Nix cannot appear.”

Collins has also suggested that the committee is now considering using its power to summon him – a request that Nix does not have the power to refuse. 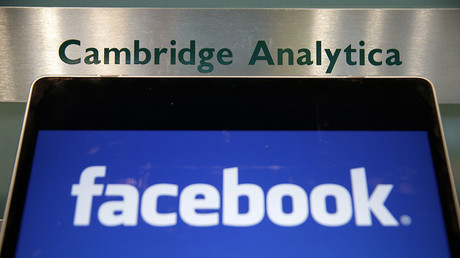 “We have taken advice from the parliamentary authorities on this matter,” the Conservative MP said. “He has not been charged with any offence. The subjudiciary rules do not apply in these cases as there is no ongoing legal proceeding.”

“We will be discussing this with the information commissioner on Thursday but it is certainly the intention of the committee to take this further and consider issuing a summons for Mr Nix to appear on a named day at some point in the near future,” Collins added.

“In reviewing the events around the Brexit campaign, I was recently reminded of the fact that the Breitbart media platform had a UK channel, ‘Breitbart London’, in which UKIP-linked figures played key roles,” Kaiser said in her written evidence.

“One of Cambridge Analytica’s competitive advantages in the US marketplace in 2016, and a key part of our pitch to Republican clients, was that we had secured exclusive rights to resell Breitbart engagement data.

“I am not aware of any such agreement or data sharing in relation to Breitbart London, but it would be interesting to know if our US data tracking tags were in place on that UK channel, and whether any data about what stories British people were reading on Breitbart or other websites ever made their way to Leave campaigns.”

Breitbart has yet to comment on the allegations. Kaiser also said that Cambridge Analytica had carried out £41,500 (US$60,000) worth of work for the Leave.EU campaign. That money was invoiced to UKIP, but never paid for.