A Burger King in Delaware has been temporarily closed by the health department after an investigation, triggered by an online video of mice pillaging a pack of rolls, found numerous rodent droppings across the restaurant.

“Pallets that rolls were on had mouse droppings. Mouse droppings were observed on the floor near the ice machine, water heater, under storage, near syrup soda boxes and behind fryers,” a report from the Delaware Health and Social Service’s inspection said.

The probe resulted in a cease-and-desist letter filed last week against the Burger King outlet, located at 2802 Concord Pike in Wilmington, over “gross unsanitary conditions” that posed an “imminent health hazard.” 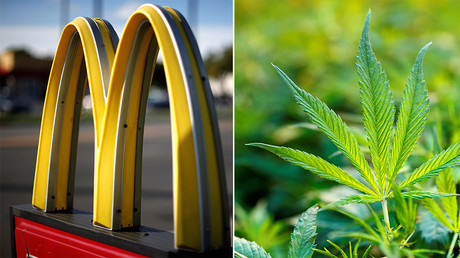 “Food safety and hygiene is always a top priority for us,” the company said, confirming that the outlet “is temporarily closed and will reopen once this issue is addressed.”However, not many of those who saw the Facebook video of rats making their way into a pack of burger rolls are likely to return to the restaurant ever again.

“Don’t have to worry about me eating at Burger King anymore,” one of the commentators wrote. “Gross that’s why I hate to eat out,” another added.

Some, however, found the whole situation funny, with one user proclaiming: “Hello, welcome to Rat King!” While a fellow user recalled an Oscar-winning Disney animated movie about a rat who wanted to become a Paris chef: “Just like Ratatouille, maybe Remy was making the buns.”