Technology has advanced so quickly that stalkers are now able to carry out digital surveillance on their targets – bugging their phones and accessing their locations with ease, victims’ groups warn.

Everyday more and more people are engaging in stalking, using listening devices that cost as little as £20 ($28) some of which can easily be hidden inside plug adaptors.

Companies like Amazon and eBay are selling spy tools over the internet, with victims’ helplines announcing an increasing number of complaints as a result.

“[The devices] are really easy to get, they’re really easy to use,” said Clare Elcombe Webber, manager of the National Stalking Helpline, the Guardian reported. “I think for some stalkers it really legitimizes what they’re doing… The message it sends to victims is there are all these technological advancements that help your stalker, but not you.” 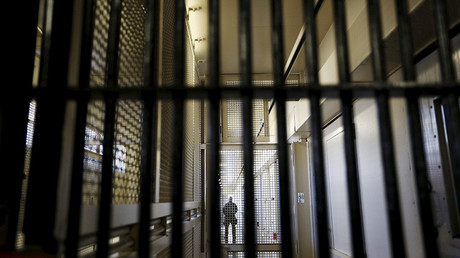 Cases include a woman who had a USB-like listening gadget placed in her handbag by her stalker. There are more and more cases of small digital devices being used to spy on people

“We see this regularly… they put in listening devices or video devices in the house or tracking devices on the car and you can buy all of that on Amazon,” Chief Executive of Digital-Trust Jennifer Perry told the Guardian.

Another woman’s ex used a bug inside an extension lead. The former partner was then texting her details of the bedtime stories that she told her children.

Spyware and spying apps were also used in roughly 130 cases dealt with by the national helpline.

Shockingly, the camera of a laptop can be turned on by someone remotely using the software, while keystrokes can be traced to read conversations from the device. The purchase and installation of such devices is now illegal under the Computer Act of 1990.

“We had one client who went home, her laptop was on, she had a shower, she then got a message from her stalker saying ‘Did you have a nice shower?’” said Elcombe Webber. “It’s that kind of invasion and not knowing how that person is able to see you. Are they outside? Are they in the house? It’s really, really frightening.”

In the 11 months to November 2017, the National Stalking Helpline received 4,337 calls or emails. More than half of cases were involving an ex-partner and 77 percent of the victims were female.

After the Guardian alerted eBay to the existence of the USB and plug listening devices, the items were removed from the site.