As Westminster stalls on introducing laws regarding its use, a new poll finds that Brits are overwhelmingly in favor of medical cannabis, while a majority are in favor of a less hard line stance on broader use of the herb.

A YouGov poll on British attitudes to cannabis, founds that 75% of the population think doctors should be able to prescribe it for medical purposes compared to just 12% who think they should not. 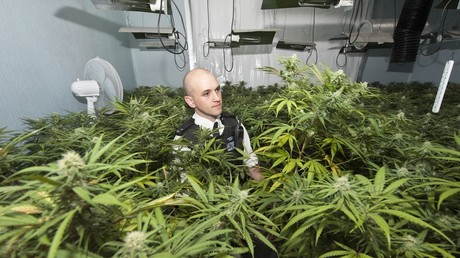 Medical cannabis has been found to treat conditions such as epilepsy, while cannabis-based drugs are being developed to treat cancer and autism.

More broadly, the study found that the majority of Brits want a softer stance towards it than the current policy regime in place

When given the straight choice between supporting legalization of cannabis or keeping it illegal, 43% of those asked preferred legalization while slightly less, 41%, opposed it.

When combined, the softer policies to cannabis, decriminalization and legalization, have the support of 51% of the population indicating overall support for a more liberal policy than the one currently in place.

Under decriminalization, while the sale and possession would remain illegal, it would be regarded as a minor offense (akin to parking in the wrong place) rather than a criminal one.

At present, cannabis is registered as a Class B drug, putting it on the same level as amphetamines, or speed, and the horse tranquilizer-turned-party-drug ketamine.

Reasons for the upward trend in public support of these views is because they don’t believe cannabis to be that harmful in the first place. Just over six in ten (62%) think the substance is harmful to people who regularly take it, with a quarter (25%) categorizing it as “very” harmful, according to the poll.