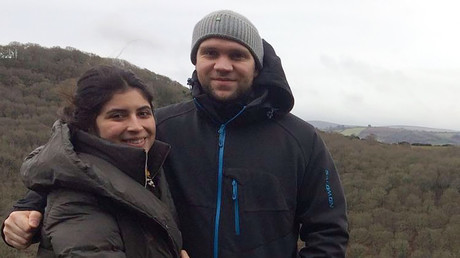 Matthew Hedges, the British PhD student sentenced to life in jail for spying for the UK govt is to be released immediately after being being given a presidential pardoned by the UAE, who say he confessed to being a member of MI6.

Hedges was sentenced to life in prison last week on spying charges in a court in Abu Dhabi, in the Emirates. UAE officials have reportedly released a video showing the 31 year-old doctoral student “admitting he’s a member of MI6”, according to the Mirror.

The Durham university student from Devon in southwest England, was arrested in the UAE on May 5, after conducting a two-week research project for his doctoral thesis.

Also on rt.com
British student jailed for life for ‘spying’ on UAE, UK warns of ‘repercussions’


Matthew’s wife Daniela Tejeda, who has maintained that her husband denies all spying charges said: “We welcome news of the presidential pardon and cannot wait to have Matt back home.”

Dr. Anwar Gargash, UAE Minister of State for Foreign Affairs, said: “His Highness the President’s gracious clemency in the customary National Day pardons allows us to return our focus to the underlying fundamental strength of the UAE/UK bi-lateral relationship and its importance to the international community.

“It was always a UAE hope that this matter would be resolved through the common channels of our longstanding partnership. This was a straightforward matter that became unnecessarily complex despite the UAE’s best efforts,” according to WAM.