UK prosecutors named two Russians they suspect of poisoning the Skripals – Alexander Petrov and Ruslan Boshirov – charging them with the attempted murder of the ex-double agent and his daughter along with a police officer.

British police said the suspects were traveling on authentic Russian passports and had arrived in the UK days before the incident. 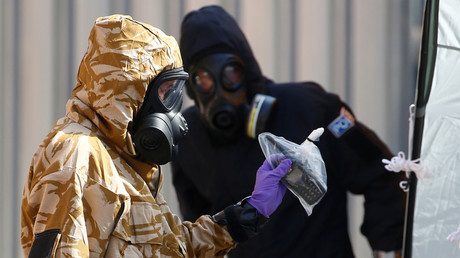 Neil Basu, the head of Counter Terrorism policing, said the two suspects were traveling under aliases but were around 40 years old and had Russian passports.

Basu noted that traces of Novichok contamination were found in the London hotel room where the two men had stayed. He said they arrived in Britain on March 2 and left on March 4.

“Tests were carried out in the hotel room where the suspects had stayed. Two swabs showed contamination of Novichok of levels below that which would cause concern for public health,” Basu added.

Asked if the suspects were ‘Russian agents’, the UK counter-terrorism chief did not directly answer, rather he appealed to the worldwide public to help identify them. “We would like to hear from anyone who knows them,” Basu said.

In response, Russia’s foreign ministry said the names given by Britain did not mean anything to them, urging the UK to cooperate with them in the Skripal case.

The Crown Prosecution Service (CPS) has announced that they have enough evidence to charge the two men on conspiracy to murder Sergei Skripal and the attempted murder of Skripal, his daughter and Nick Bailey, a British police officer who was taken ill while attending to the Skripals.

The pair are also charged with use and possession of Novichok, contrary to the Chemical Weapons Act.

Beyond identifying them as Russian nationals, the CPS gave no indication as to who the men were.

“Prosecutors from CPS counter terrorism division have considered the evidence and have concluded there is sufficient evidence to provide a realistic prospect of conviction and it is clearly in the public interest to charge Alexander Petrov and Ruslan Boshirov, who are Russian nationals,” Sue Hemming, CPS director of legal services, said. 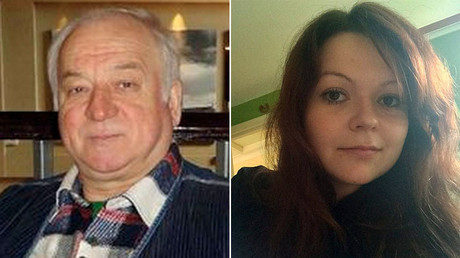 “A realistic prospect of conviction means the CPS is satisfied on an objective assessment that the evidence can be used in court and that an objective, impartial and reasonable jury hearing the case, properly directed and acting in accordance with the law, is more likely than not to convict these two individuals of the charges,” Hemming added.

The prosecutor stated that they “will not be applying to Russia for the extradition of these men as the Russian constitution does not permit extradition of its own nationals.”

Hemming noted that a European arrest warrant (EAW) had been obtained for the suspects, stating “if either man travels to a country where an EAW is valid, they will be arrested and face extradition on these charges for which there is no statute of limitations.”

Former Russian double agent Sergei Skripal and his daughter Yulia were poisoned in Salisbury this March. The poisoning ignited a diplomatic row between the UK and Russia, with the British government blaming Moscow. Russia has consistently denied any involvement in the incident.