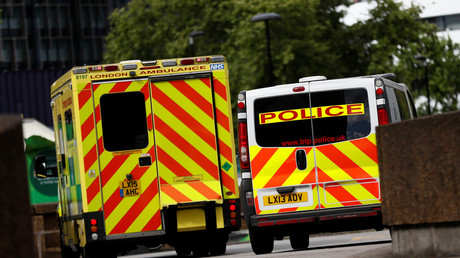 Police in the UK have launched an investigation after a man’s body was found in London’s Canary Wharf financial district.

The man was found in a trench beneath a skyscraper on Bank Street in the city’s financial hub on Tuesday morning. London’s ambulance service confirmed the man was dead when they arrived at the scene.

A spokesman for the Metropolitan police told RT.com officers have no reason to believe the man’s death is suspicious, however they are waiting to hand over the body to the coroner to determine the precise course of the investigation.

Property company Canary Wharf Group confirmed on Twitter that the body was found on one of its construction sites. The statement added that all of their workers are safe.

A worker on the site told the Mirror that one of their colleagues found the body: “It could have been here a few days by the sound of it.”