After Jeremy Corbyn promised to return the Elgin Marbles to Greece upon becoming PM on the basis that they were “looted” from the country, RT looks at other rare artefacts taken by colonial Britain that now reside in UK museums.

“As with anything stolen or taken from occupied or colonial possession – including artefacts looted from other countries in the past – we should be engaged in constructive talks with the Greek government about returning the sculptures,” Corbyn said in an interview with a Greek newspaper.

If Corbyn were to become PM, here are some of the other artefacts that might be returned to their country of origin.

Dozens of institutions up and down the country, including the Victoria and Albert Museum in London, are home to hundreds of northeast Africa’s finest treasures.

Beautiful and equally important manuscripts and artefacts were plundered after the British capture of Maqdala in 1868, the mountain capital of what was then Abyssinia under Emperor Tewodros II. 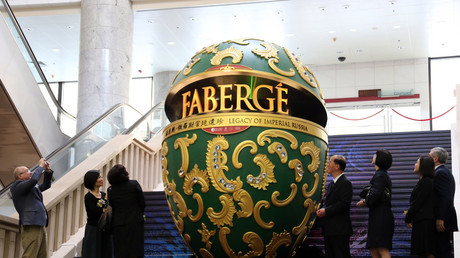 In 2017, Ethiopia lodged a formal restitution complaint. The offer was refused, but ahead of the Maqdala exhibition at the V&A at the beginning of April, its director suggested the case could be settled by granting the treasures to the east-African country on a long-term loan.

The Sultaganj Buddha is a metallic sculpture that was extracted from an abandoned Buddhist monastery in northern India in 1861 by E B Harris, a British Raj railway engineer. The 1,500-year-old bronze Buddha was then shipped to Birmingham after being secured for a mere £200 ($265).

The item – the largest known Indian metal sculpture, which is known in the UK as the ‘Birmingham Buddha’ – is at the top of the list of thousands of alleged ‘stolen treasures’ that Indian authorities are trying to get back.

The British Museum boasts the second-biggest collection of Benin’s art after the Ethnological Museum in Berlin.

The Kingdom of Benin – now part of Nigeria – was stripped of its bronzes during what became known as Britain’s “punitive expedition,” a mission conducted against the natives after they defied imperial rule by imposing customs duties.

BBC Civilizations presenter David Olusoga, originally from Nigeria, said the UK has a “moral imperative” to return the art.

On the Benin looting, he said: “It’s just such a stark case of theft.”

He added during the Hay Festival this year: “A friend of mine, a TV producer, once came up with a brilliant solution: he said we should have a special version of Supermarket Sweep, where every country is given a huge shopping trolley and two minutes in the British Museum. Maybe he’s right, maybe that’s the way forward.” 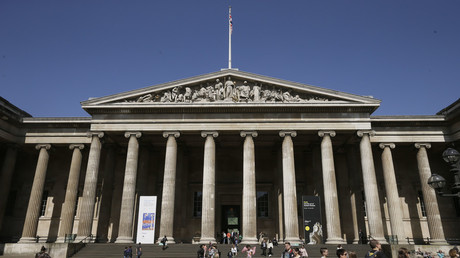 The Koh-i-Noor diamond, one of the largest cut in the world, is currently part of the British crown jewels. It has been the subject of a bitter dispute between India and the UK ever since it was taken from the Punjab and presented to Queen Victoria in 1849.

The jewel, which belonged to the Punjab’s Sikh Empire, was handed by the East Indian Company to Queen Victoria after they emerged victorious in the 1840s Anglo-Sikh wars.

The diamond – known as the Mountain of Light – is thought to have been mined in the 1300s.

India has called for the stone to be returned ever since it gained independence in 1947, though the UK claims it has a legal basis for withholding it, as it was guaranteed under the Treaty of Lahore.

Former PM David Cameron commented on the dispute, stating: “If you say yes to one you suddenly find the British Museum would be empty. I think I’m afraid to say, to disappoint all your viewers, it’s going to have to say put.”