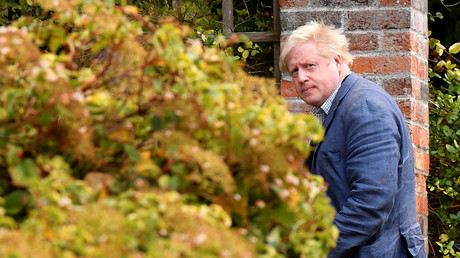 Boris Johnson was ordered to apologize to the House of Commons over the late declaration of almost £53,000 in income. Johnson’s characteristic sense of humor was lacking when he gave a “full and unreserved apology” to the House.

The Brexiteer was compelled to do so after repeatedly failing to register payments from his newspaper column with the Daily Telegraph and books within the set time limit.

The parliamentary commissioner for standards, Kathryn Stone, wrote in a report that the ex-Foreign Secretary had failed nine times to register payments on time, over the last 12 months. The report recommended that Johnson say sorry to the Commons on a point of order.

The letter added that this was not Johnson’s first discretion, “by no means the first time within the past year or so that there has been a failure on his part to comply with the rules.”

Parliamentary rules stipulate that MPs are allowed to earn money beyond their £77,379 per annum standard salary, but must notify authorities within 28 days so the payments can be entered into the register of MPs’ financial interests.

The action against Johnson was prompted after Stone received a letter of complaint over Johnson’s weekly column in the Telegraph, which earns him nearly £23,000 a month. Upon quitting the cabinet, Johnson resumed his Telegraph column which he has subsequently used to criticize the prime minister’s Brexit approach.

Responding to Stone, Johnson explained that the errors were “primarily the result of a delay in up-to-date financial statements being received and duly processed and declared.”