Closing the Strait of Hormuz would be the biggest mistake Iran has ever made, the US president’s national security advisor John Bolton said. He urged Tehran to sit down for talks on its nuclear and missile programs with the US.

Dismissing Tehran’s threats to block the strait if its oil exports are stopped, Bolton on Monday said the Iranians were “bluffing.” He then quickly changed his tone saying that Iran should actually engage in a dialog with the US instead of issuing threats. 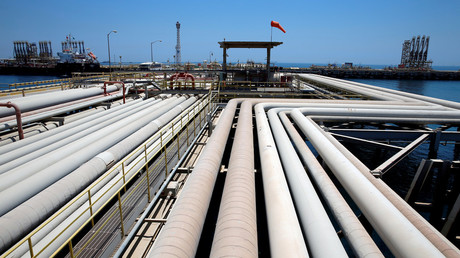 “They could take up the president’s offer to negotiate with them, to give up their ballistic missile and nuclear weapons programs fully and really verifiably not under the onerous terms of the Iran nuclear deal, which really are not satisfactory,” Bolton told Fox News, referring to the US President Donald Trump’s demands to “re-negotiate” the 2015 Iranian nuclear deal, also known as the Joint Comprehensive Plan of Action (JCPOA).

“If Iran were really serious they’d come to the table. We’ll find out whether they are or not,” Bolton added. The White House national security advisor’s remarks came less than a day before the first round of renewed US sanctions take effect on Tuesday after midnight US Eastern time. The harshest restrictions are expected to be re-imposed by early November.

Washington decided to reinstate the penalties following Trump’s decision to unilaterally withdraw from the JCPOA in May. Shortly after exiting the agreement, the US penned a 12-point ultimatum to Iran, which, among other things, demanded that Tehran end its ballistic missile program, a condition it has repeatedly rejected. The move was then widely condemned by the EU and other signatories of the deal, including Russia and China, which still consider the agreement to be an effective means of non-proliferation and have vowed to keep their part of the deal.

Earlier on Monday, the EU said that starting August, it is enforcing its so-called Blocking Statute aimed at protecting the European companies doing business in Iran from the extraterritorial effects of US sanctions. The bloc said that maintaining the nuclear deal with Iran is a “matter of respecting international agreements and a matter of international security.” 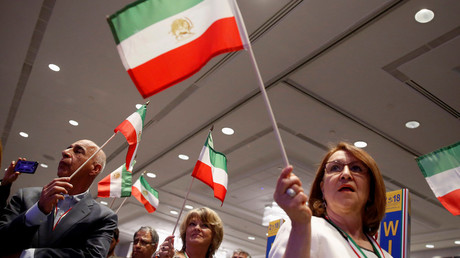 Meanwhile, the US Secretary of State Mike Pompeo vowed to “rigorously” enforce the sanctions on Iran until it “behaves like a normal country.” He added that it would “require enormous change” on Iran’s part for the US to review its increasingly hostile approach to Tehran.

In July, Brian Hook, the US State Department’s director of policy planning, said that Washington’s goal is to “increase pressure on the Iranian regime by reducing to zero its revenue from crude oil sales.”

Iranian leaders repeatedly threatened to shut down the Strait of Hormuz and stop the Persian Gulf oil exports if its own oil exports are blocked. Iranian President Hassan Rouhani also cautioned Washington against launching a war against Tehran by saying that it would be “the mother of all wars.” Iran’s Revolutionary Guards have recently admitted that its warships took part in a naval exercise in the Persian Gulf to hone skills in “confronting possible threats.”

Earlier, the Iranian Foreign Minister Javad Zarif has slammed Donald Trump’s recent proposal to enter into talks with Iran by calling it nothing but a PR stunt. “The hours of our negotiations with America were perhaps unprecedented in history; then Trump signs something and say all [those negotiations] are void; can you negotiate with this person? Is this [negotiations offer] anything but a publicity stunt?” he said.

The Trump administration has reportedly requested a meeting with Rouhani eight times, but the Iranian side refused to participate.