The popular Christmas carol ‘Hark! The Herald Angels Sing’ has been updated to remove a reference to Jesus’ mother’s virginity, and clergymen are warning parishioners not to be “squeamish” about Mary’s womb.

The line “offspring of a virgin’s womb” has now been replaced with “offspring of the favored one” in the carol that will be sung in churches all across the UK over the Christmas period.


Not everyone is a fan of the remix, however. Senior Church of England clergy are warning choirs against opting for the updated version in their services, saying the new text could mislead those less familiar with Christian faith.

The change “plays down the Virgin Birth, plays down the reality of Christ’s birth, and Mary’s femininity – that he came out of a womb; this was a real birth from a real woman,” said Revd Marcus Walker, rector of Great St Bartholomew in London, to The Telegraph. 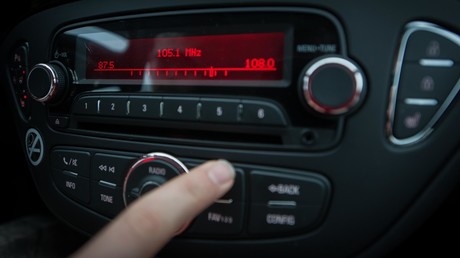 That motion was seconded by the Bishop of Crediton, Jacqueline Searle, who said: “It’s important that we are not squeamish about singing ‘of a virgin’s womb’, which reflects nothing being impossible with God.”

The Bishop of Blackburn, Julian Henderson, agreed that Wesley’s original “is an essential part of the Christmas story” and Donald Allister, the Bishop of Peterborough, concurred that it would be “a great shame to see any attempt to reduce [Wesley’s] message.”

The reinterpretation of Christmas tunes has been something of a trend this year. The festive classic ‘Baby It’s Cold Outside’ was pulled from many radio stations in the wake of the #MeToo movement for it’s so-called “rapey” vibe.