Operating on the gradual model of Google and Facebook, biometrics companies are plotting a slow rollout of facial recognition technology, barbed with incentives to hook customers and distract them from the demise of privacy.

Arenas, airports and stores are already adopting facial recognition software to identify criminals, from shoplifters to potential terrorists – so marketing is the natural next step, according to Arturo Falck, CEO of Whoo.ai and one of several biometrics execs interviewed by trade publication Biometric Update.

Once companies are using this type of technology for crime prevention purposes, there’s no reason why they should not be using it for upselling their customers. 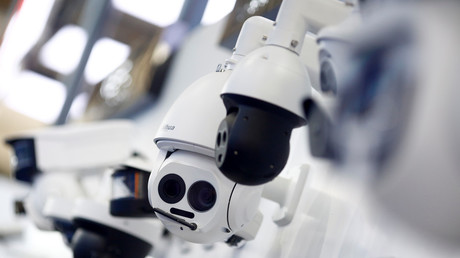 And what if those customers don’t want to be upsold? A Brookings Institute survey last month indicated half of Americans still oppose facial recognition for theft prevention purposes, let alone marketing, indicating Whoo.ai has an uphill battle ahead. Along those lines, 50 percent think there should be limits on the technology’s use by law enforcement. Emails recently obtained by the Project on Government Oversight reveal Amazon has pitched its own facial recognition systems to ICE and other government agencies.

But given that only three percent of the population are “vocally opposed” to engaging with facial recognition systems, Falck is optimistic that most of the rest can be seduced via loyalty rewards and discounts. Still, he moans, “We believe that when the general population becomes more educated about exactly what’s going on with facial recognition, that there’s going to be a much larger percentage of the population which wants to control where their faces can and cannot be recognized.”

FaceFirst CEO Peter Trepp envisions a way around that with a “friendly opt-in environment” in which customers would trade their privacy for retail advantages with the biometric equivalent of a customer loyalty card. A company called BiteKiosk has proposed using food discounts to increase the adoption of self-service facial recognition kiosks in restaurants, and there is definite precedent for this repackaging of dystopian new technologies as “perks” – last year, Lincoln Motor Company included TSA PreCheck biometric scanners in its new vehicles, hoping to encourage wider adoption of biometric drivers’ license technology.

Trepp draws parallels with customers’ early resistance to entering credit card details online – “We trust these companies to do the right thing with this information, and that’s how these companies…become big growing companies.”

They treat their customers’ information correctly, and respectfully.

He seems to forget how that turned out for Equifax, British Airways, Target, and the dozens of other companies whose client information databases are hacked every year, leaving customers vulnerable to identity theft and worse. And given the possibilities of “deepfake” technology, the widespread adoption of facial recognition as biometric ID not only does not protect against identity theft, but could bring a whole new dimension to it.