Janine Jackson interviewed Negin Owliaei about 2018 ballot initiatives for the November 9, 2018, episode of CounterSpin. This is a lightly edited transcript.

Janine Jackson: The midterms are over. Well, possibly not, in a couple of places. And they involved some historic gains for diversity in Congress, though Republicans did bolster their strength in the Senate.

But not all of the attention was on individuals running for office. Voters around the country also made choices about a range of ballot initiatives that can have major impact in their communities.

Negin Owliaei is an inequality editor and researcher at the Institute for Policy Studies. She joins us now by phone from Washington, DC. Welcome to CounterSpin, Negin Owliaei.

Negin Owliaei: Hi! Thanks so much for having me.

NO: Yeah, I think we’re still going to see how the story plays out over the course of the next couple of years. We’ve seen some really great gains in some people like Alexandria Ocasio-Cortez and Ilhan Omar. At the same time, we need to see how that translates into actual policies that help working people, and make sure that we hold the wealthy accountable.

So it’s, I think, a little bit early to tell. But I also just like to emphasize that I think a lot of the people who are focusing on inequality issues, they’re playing a really long game, and it’s working out.

One of the things that I’d like to point to is the fact that voter suppression in states like Georgia and Florida is really impacting how politics is being played there. And so it’s time for us to take that seriously as an issue. And one of the ballot initiatives, as you mentioned, in Florida, I think will really do some work in making sure that people actually have a say in their own government.

JJ: Yeah, that’s Amendment 4. Why don’t you tell listeners who may not know what was so exciting about that, and what that could mean?

NO: I’m really excited about Amendment 4. It’s in my home state of Florida, and basically what it’s doing is repealing a Jim Crow–era disenfranchisement law. The Amendment got 64 percent of the vote in Florida, which is kind of shocking for people who are not familiar with the state, besides the fact that it comes up every few years in terms of recounts and being a swing state. But what it does is, it will restore access to voting rights to as many as 1.5 million people who have been convicted of felonies. And so that’s a huge expansion in voting rights in the state.

JJ: You might even say Florida has artificially been kept a swing state by means of voter suppression that tamps down so many votes. And I think Amendment 4 was a great example of folks looking at an election and not talking about, really, personalities at all, or who has a nicer smile, or anything like that. Folks, I think, are ready to address issues in elections, and that, I think, is one of the more hopeful things that I see.

NO: Yeah, and I just want to say, too, on Amendment 4 in Florida, it’s a longtime grassroots organizing effort that made that happen. It’s not something that started yesterday. It’s something that’s been in the works for some time. And I’m just really thrilled for all the people who are turning citizens who have worked on this, who are seeing their organizing pay off.

So again, yeah, it’s something that it’s really deeply dependent on an issue. It’s going to make a huge change for the electoral politics, in terms of electing congressmen and governors and everything as well. But at the same time, it’s something that appeals to the heart of fairness for Floridians. 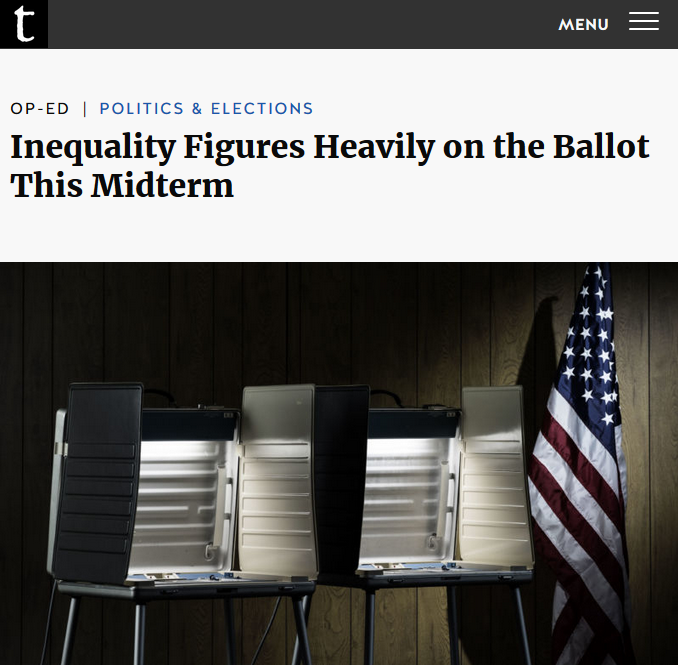 JJ: Once we come out of elections, there’s a lot of horse race interest, and a lot of it’s justified. But some of us focus more on the process itself, and how representative actually is it? And that’s why things like Amendment 4 re-enfranchising felons in Florida, I think, is so important for folks who think that way.

Another sort of general question: You had noted that in the last midterms, in 2014, the Americans most likely to vote were those making more than $150,000 a year. And that, obviously, has some kind of impact. Do you see anything changing with that gap this time?

NO: It’s a little bit too early to  make strong assumptions on those numbers just yet. One thing that we did see with the huge turnout in the youth vote, which I think is going to make a huge difference.

And I’d also like to point out some of the ballot initiatives that I think show what you can do to bring out working people to the polls. And that’s two initiatives, particularly in Arkansas and Missouri. Voters in both states basically gave a raise to a million workers, once you actually factor in everything. But they voted to raise the minimum wage in Arkansas and Missouri.

And Missouri, they overturned a right-to-work amendment just earlier this year. And so when you ask people about the issues, they’re really clear: They want policies that are going to help working people, and they’ll come out for those.

JJ: And to the extent that candidates talk about them, that can engage communities. Well, again, elections are about what happens afterwards, and holding people accountable for promises that they’ve made. 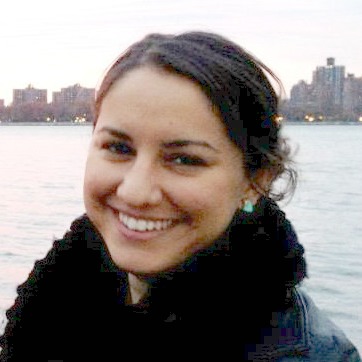 Negin Owliaei: “When you ask people about the issues, they’re really clear: They want policies that are going to help working people, and they’ll come out for those.”

NO: Yeah, I think in the Kansas race, you can see how just disastrous tax policies have affected people in the state of Kansas for years now. People were really surprised by this race. But if you look at what the grassroots organizing that’s been going on in Kansas, people talking about repealing tax measures, that’s been going on; when the Republican-pushed tax bill was going through Congress in 2017, for example, people in Kansas were coming out and saying, “We don’t want these policies in our own state. The federal government should not be adopting them on a national level.” We’ll see a slow repudiation of these ideas that in order to help working people, you need to lower taxes and lower corporate taxes. So I think that’s definitely coming through in this election.

And like I said, it’s a long game; it’s not necessarily something that going to change tomorrow. These are movements that we’re talking about. It’s not one race. It’s about interacting with power.

JJ: Well, I feel the loss of local media here, because a lot of the exciting things are happening at the state level, at the community level, in state legislatures, for example. And big corporate media tend to focus mainly on the top of the ballot. And a lot of interest and organizing and change is happening below that. Do you have any thoughts about how media could help, or could stop hurting, on issues you care about?

NO: I’d like to point to some races in California where the media really made an impact. California had a series of different propositions on a state level and on a city level, to address the housing and homelessness crisis. I mean,  the UN came out with a report just last week, saying that the treatment of homeless people in San Francisco is inhumane. It’s a human rights violation. And so this is something that’s really on the top of the minds of people who are living in California.

And there’s two things that I think show why we need the media to be looking at this. One of them is Proposition 10, which was blocked with the help of moneyed interests in California. And what that would have done, it would allow cities to impose their own rent control policies. Right now, the state as a whole is that the cities can’t do that. It was targeted by private equity companies that are also acting as mass landlords in California. And one thing they did was, for example, Blackstone—which California’s state teachers pensions are invested in—they were using that money to go against Proposition 10, which would have helped teachers in the state. So more attention to that earlier on, I think, would have been very important.

But then on the flip side,  you can see in San Francisco, they did pass Proposition C. And what that’s going to do is, it’s going to raise taxes on businesses that have revenues greater than $50 million. And it got a lot of national attention, and that happened because, basically, a fight between two billionaires: Jack Dorsey of Twitter and Square fame, and then Marc Benioff, who’s the Salesforce CEO, who was really outspoken in support of Proposition C.

In terms of accountability, this is one of those things where this tax has the ability to make sure that the tech companies that are profiting off of San Francisco are making sure that they’re giving back to their communities as well.

JJ: I thank you for highlighting that ground-level work. I don’t mean to be Pollyanna, but I do think that more information can mean more hope. Elections are crucial, of course, but not everything lives or dies by them. And a lot of work goes on on all those days that are not Tuesdays in November.

NO: Absolutely. It shouldn’t take billionaires to bring attention to the fact that there’s a homelessness crisis, and that there’s a way to resolve it. So, yeah, I completely agree with you. The more information we can get about these ballot initiatives, the better as well.

JJ: We’ve been speaking with Negin Owliaei. She is inequality editor and researcher at the Institute for Policy Studies. You can find their work online at IPS-dc.org. Negin Owliaei, thank you so much for joining us this week on CounterSpin.

NO: Thanks for having me.