The US tech giant risks attracting new controversy by recruiting Andrew Moore, three months after the company was embroiled in a scandal over its work for Pentagon’s Project Maven.

Moore, who was last dean of the School of Computer Science at Pittsburgh’s Carnegie Mellon University, will become the chief of cloud computing AI at the California company, where he previously worked between 2006 and 2014, at the end of the year.

”I am bursting with excitement about this,” said Moore in a statement published by Google. “I have always deeply believed in the power of technology to improve the state of the world, so for me it’s a big opportunity to help Google bring useful AI to all the other industry verticals.”

But what those “industry verticals” are likely to be, will engender some concern.

The UK-born, naturalized American’s professional credentials are impeccable, but Moore’s other recent high-profile appointment, in March, was to the co-chairmanship of the Task Force on Artificial Intelligence and National Security and Center for a New American Security (CNAS).

CNAS is one of the most powerful military-affiliated think tanks in Washington, relentlessly hawkish over Russia, and the task force aims to develop uses of AI to fend off foreign threats to the United States. 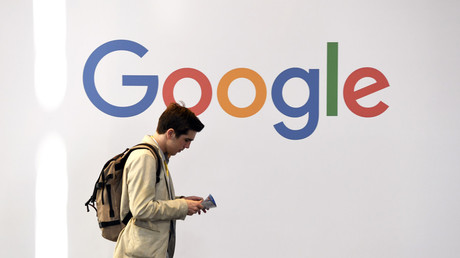 There is nothing illegal about Moore combining both jobs, but it is notable that the company received pushback from its employees and bad media publicity after it was revealed in March that it partnered up with the Pentagon to work on Project Maven. Its role was to deploy AI technologies to study footage obtained by US drones to improve their targeting technologies in the future. Leaked emails revealed that this was an area Google expected to grow more than tenfold in the coming years.

After the fallout, Google said that it would not renew its contract for Project Maven participation for next year. Its CEO Sundar Pichai personally authored new guidelines for the corporation, promising that Google would not involved itself in “technologies that cause or are likely to cause overall harm” or “weapons or other technologies whose principal purpose or implementation is to cause or directly facilitate injury to people.”

Now, Moore’s hiring doesn’t automatically imply that Google is back in with Pentagon, and even if it is, the company is entitled to be. But if Google does plan to stick to its “no deadly weapons” policy, and Moore intends to stay in both posts, he should probably clarify that there is no cross-pollination or conflict of interest between his quasi-military and civilian jobs.