The suspect behind the bombings in Austin, Texas is dead after blowing himself up in a car, police said during a press conference.

According to Austin Chief of Police Brian Manley, law enforcement pinpointed the suspect in a car in Round Rock, 27km from Austin and followed him. Police were waiting for ballistic vehicles to arrive when the man’s automobile began to drive away, but soon stopped in a ditch at the side of the road. 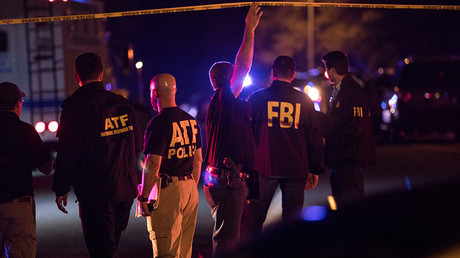 After it stopped, a SWAT team approached the vehicle. The suspect blew himself up, injuring one of the special operators.

The suspect was identified as a 24-year-old white male, but his name has not been made public.

Earlier reports suggested that the perpetrator was killed by law enforcement.

On Tuesday, a woman was injured in an explosion at a FedEx facility near San Antonio, Texas. The package was reportedly destined for Austin, which has been targeted by a serial bomber in recent weeks.

At least two people were killed and several injured in a series of bombings that have rocked Austin since March 2. The Tuesday blast near FedEx was the fifth in the series of similar incidents.

According to White House spokesperson Sarah Sanders, the spate of bombings in the Texas capital have no known links to terrorism. “We are committed to bringing the perpetrators of these heinous acts to justice. There is no apparent nexus to terrorism at this time,” she said.

The first three of the Austin bombings were packages that detonated outside residences. The fourth was a tripwire device which went off near a sidewalk. Austin Police, the FBI and Bureau of Alcohol, Tobacco, Firearms and Explosives (ATF) confirmed that two packages located at separate FedEx offices were linked to the previous explosives.