“EIE’s work is not done until this article, which represents a blatant disregard for the innocence and well-being of our children, is removed and TeenVogue.com is held accountable for exploiting the dignity and innocence of our youth,” reads a statement from Enough is Enough. 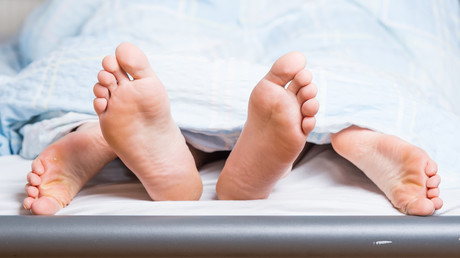 The offending article reads like a slightly more hip sex-ed lesson and is a far cry from hardcore pornography. Save for an achingly politically correct insistence on terms like ‘vagina owner’ and ‘prostate owner,’ the article is fairly down-to-earth, and stresses consent, lube, and cleanup. Writer Gigi Engle bills herself as a “certified sex coach,” and her Twitter feed is a non-stop stream of masturbatory advice and sex positivity.

The article was originally published in 2017, and a petition from EIE to shut it down gathered some 30,000 signatures. Content Editor Philip Picardi sent a blunt and to-the-point reply: a picture of himself kissing a man, middle finger held in the air.

She fell back on the same line of attack on Wednesday:

“We are not going to sit by idly while TeenVogue.com continues to encourage its young readers to engage in the ‘the highest risk sexual behavior for HIV transmission’ according to the Center for Disease Control. Hands off our kids!” she stated.